Take America (& the World) Back for God? 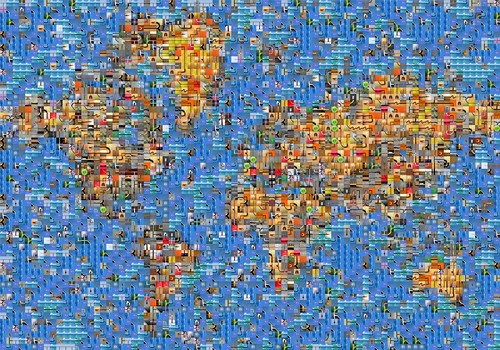 Recently Missio Alliance has hosted a series of posts entitled “Christianity and Violence.” Since Greg has written quite a lot on this topic from the point of view of pacifism, we thought it timely to weigh in on this topic. The following excerpt is quoted from his chapter, “Taking America Back for God” found in his book The Myth of a Christian Nation:

“[A]s citizens of the kingdom of God, we are called to win back America for Jesus Christ—as well as Europe, Iraq, Sudan, Rwanda, and the rest of the world. But everything hangs upon how we believe we are to do this. What power do we trust?

If we think for a moment that we are fulfilling the commission to take the world back for God by acquiring the ability to control behavior through the power of the sword, we are deceived. If we suppose that America, Europe, or any nation is closer to the kingdom of God because certain Christian ideals dominate the political landscape, it is evidence that we have bought into the temptation to trust the sword rather than the cross. If we think we can tweak any version of the kingdom of the world to make it into the kingdom of God, we thereby reveal that our thinking has been co-opted by the kingdom of the world. Again, the only way the world can be won for Jesus Christ is by people being transformed from the inside out through the power of Christ’s love expressed through the Calvary-quality service of his followers.

If your response is that this ‘power under’ approach is impractical, if not morally irresponsible, perhaps this too reveals that you have been conformed to the pattern of the world (Rom. 12:2) and have allowed yourself to trust ‘power over’ rather than ‘power under.’ Perhaps it reveals that you have placed more faith in worldly ‘common sense’ than in the resurrection. Perhaps it reveals that worldly effectiveness has replaced kingdom faithfulness as your primary concern” (103-105). A Brief History of Political Power and the Church August 11, 2016

The history of the church has been largely one of believers refusing to trust the way of the crucified Jesus and instead giving in to the very temptation he resisted. It’s the history of an institution that has frequently traded its holy and distinct mission for what it thought was a good mission. It is… Responding to Critics of a Pacifist View of the Syrian Crisis-Part 2 September 11, 2013

United Nations Photo via Compfight Yesterday I posted a response to Tyler Tully’s criticism of some of my thoughts on the Syrian crisis. The second blog I’d like to review is  Two Friars and a Fool by Aric Clark. Like Tully, Aric approved of much of what I said, but also like Tully, he raised several… Greg answers a question from parents as to how their child should respond to a bully.