What’s Wrong With The World? 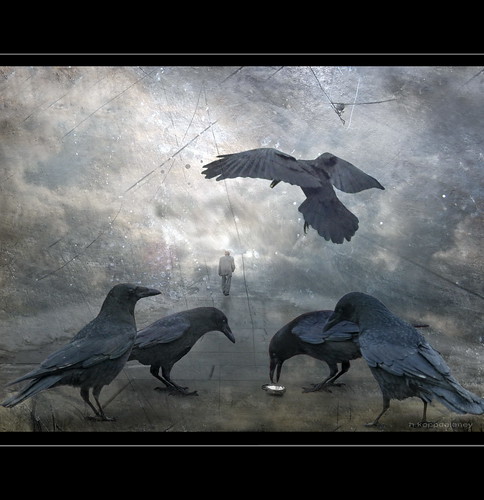 The reports coming out of Fort Hood this morning once again highlight that our world is messed up. And it often feels like we are rearranging the deck chairs on the Titanic as we try to find answers to address the problems we face. Here are some reflections by Greg on the real “war” that plagues our situation. When we fail to see this, we fail to enter into the kind of victory that God has to offer.

God’s Kingdom is “not of this world,” and neither is its way of advancing. The Jews’ worldview of Jesus’ day embraced the reality that God confronted spiritual opposition when carrying out his will on earth. The OT depicted this as evil forces in the form of cosmic monsters and hostile waters that threatened the earth. Many Jews came to believe that the earth was under the control of evil forces. Many also believed that in the near future God was going to bring this demonic oppression to an end—an intensified view of war against evil called an apocalyptic worldview.

The New Testament is steeped in this language. It refers to rulers, principalities, powers, authorities, dominions, cosmic powers, thrones, spiritual forces, elemental spirits of the universe, gods, and a number of other spiritual entities. As many scholars have argued, in the first century apocalyptic worldview, these various titles refer to different kinds of powerful cosmic beings or forces that exercise an oppressive and destructive influence over particular aspects of creation, society and human-made institutions.

Trying to understand what’s wrong with our world, with creation, and with human society necessarily falls short unless we recognized a transcendent, demonic power at work. Many have identified the destructive work of Western individualism, consumerism, secularism, technology, nationalism, the media, the military industrial complex, and entertainment, to name a few. These powers operate at a level of systematic oppression, and the kingdom of God stands against these powers. It offers an alternative to them.

It’s not that Jesus or anyone else in the early church placed all the blame for the evils in society and in creation on these powers of evil. The New Testament clearly holds people responsible for their own choices. But in keeping with the apocalyptic worldview, Jesus and the earliest disciples saw the powers as centrally involved in all evil, influencing and empowering the evil that resides in human hearts.

There is a real war going on, whether we see it or not. For “our struggle is not against flesh and blood, but against the rulers, against the authorities, against the powers of this dark world and against the spiritual forces of evil in the heavenly realms” (Eph 6:12). We are at war, but it’s a war of a different kind. We don’t fight the powers with the weapons that the powers take up. We wage war by revolting against violent patterns and living in love.

Here’s the challenge for us:

A soldier in battle conducts himself very differently from a civilian on vacation. The vacationer naturally wants to indulge his or her interests and desires, while avoiding inconveniences as much as possible. But soldiers understand they are called to sacrifice their interests and desires and suffer major inconveniences, if not their lives, to advance the cause for which they fight. The question every follower of Jesus must honestly ask is this: Do I live my life with the mindset and values of a vacationer or a soldier? (Understanding Spiritual Warfare: Four Views, 151). In the book of Revelation, we see a glimpse into the future. John says he saw,  …a great multitude that no one could count, from every nation, tribe, people and language, standing before the throne and in front of the Lamb. They were wearing white robes and were holding palm branches in their hands. And… Given Greg’s recent Twitter comments on the question of how we view what we own, we thought this article in the New York Times was particularly timely. What is the cost of holding onto things? As we accumulate more and more possessions, do we pay a price beyond the actual price tag? Although this piece… Bob AuBuchon via Compfight Zack Hunt over at The American Jesus is doing a series of posts called “Blogmatics” in which he fleshes out the theological assumptions that inform his blog posts. A couple of days ago he discussed discipleship and the life that believers are called to in a post entitled Blogmatics: The Cost…