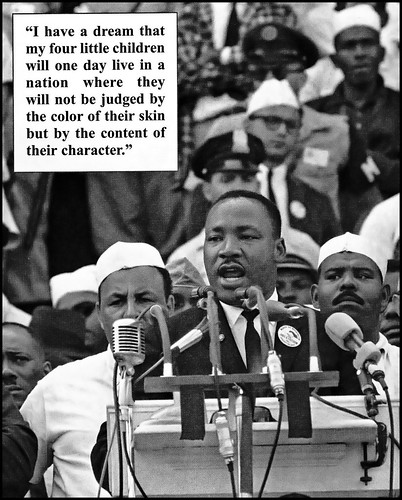 Here is an EXCELLENT reflection from Jonathan Martin in answer to a question that was posed to him on how he reconciles his rejection of the politics of this world with the social justice work of MLK. This is a must read.

So to come to the question, I feel like the best thing I can do as a pastor is to form people in the shape of the cross and the hope of the resurrection.  This will have political implications, but they do not come first.  It may be that God works through us to an extent in the sphere of American politics, but that will be an extension of people shaped and formed by the message of the Kingdom of God and cannot work the other way around.  If we do impact that political world, my sense is that it will also come as it did for King—less through lobbying and more through sacrifice, less through legislation and more from not loving our own lives even unto death.  I also think as it was for King, it will come from power exercised underneath the established powers rather than from on top of them. Greg introduces his grandson Rollins and talks about the God of little things. Every good thing in our lives is an unmerited gift from God. This includes your specific skills, strengths, and talents. Here Greg discusses the importance of recognizing that our gifts are on loan from God, and we are entrusted with them to be a blessing to others. Click here to view the complete sermon and other resources.