Grieving with the God who Pulled the Trigger? 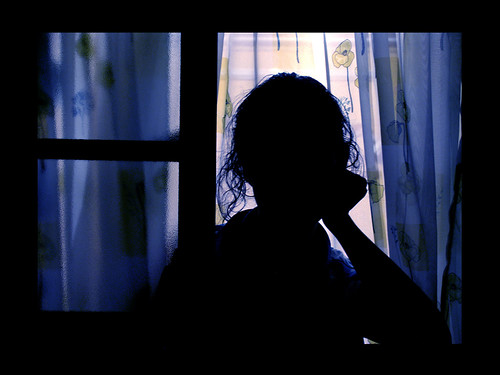 Lawrence Krauss recently wrote a thought-provoking, soul-searching essay for CNN Opinion entitled, “Why must a nation grieve with God?” Krauss was disturbed by a comment made by President Obama at a memorial service for the victims of the tragedy at Newtown CT.  Commenting on Jesus’ statement to “Let the little children come to me,” Obama opined:  “God has called them all home. For those of us who remain, let us find the strength to carry on.”  Obama’s heart was certainly in the right place. But I confess I am sympathetic to Krauss’ discomfort with them. He wonders why it seems to be:

…a natural expectation that any such national tragedy will be accompanied by prayers, including from the president, to at least one version of the very God, who apparently in his infinite wisdom, decided to call 20 children between the age of 6 and 7 home by having them slaughtered by a deranged gunman in a school…?

It’s a very good question! Unlike Krauss, I am certainly not bothered by the impulse to turn to God in the face of tragedy. I rather believe calling on God in the face of tragedy is both natural and beneficial. But I am at least as nonplussed as Krauss as to why it is that people almost always turn to “at least one version” of a deity who was complicit in the very tragedy people are seeking solace for? The assumption that God is somehow behind such tragedies, carrying out his glorious divine plans, pervades not only church culture, but American culture, as is evidenced by the multitude of clichés that people – including our president – utter in response to such tragedies. “God took them home.” “God is still on his throne.” “God’s time is always the right time.” “God’s ways are mysterious.”

God’s ways may be “mysterious,” Krauss says, but, he adds, “for many people, to suggest there might be an intelligent deity who could rationally act in such a fashion and that that deity is worth praying to and thanking for ‘calling them home’ seems beyond the pale.” I could not agree more. Think about it for a moment. If the murdering of these 20 children (to say nothing of the 7 adults who were murdered as well) was really about God “taking them home,” then we must envision God controlling every variable extending back in time that could have possibly interfered with his plan to have these specific children killed. And we must accept that this gunman murdered the exact right number of children as well as exactly the right children. We must envision God “mysteriously” steering the mad man away from one room and into the “right” room. We must accept that God mercifully caused the killer to overlook one child, only to cause him to notice the “right” child – the one fated to be “brought home.”

And if these children are a matter of God “bringing children home,” we must say the same thing for every child that has been murdered throughout history. Had any of the million or so children under the age of five who were gassed during the Holocaust been spared, the world would have been that much less beautiful and that much less God-glorifying! Throughout history, the exact right number of children have been tortured, raped, strangled or murdered in some other way, and always at the exact right time!

I’m a pastor, yet I confess I find it very hard not to agree with Krauss when he wonders why the nation turns to clergy for solace in tragic moments, “as if, as a matter of principle, they have something special or caring to offer.” In light of the typical “God wills it” clichés we so often hear, I have trouble disagreeing with Krauss observation: “Often what they provide is quite the opposite.”

And then, as Krauss notes, it “gets worse.” Mike Huckabee (and he could have included others) publically suggested that because, “ we are keeping God out of schools,” God “chose not to stop the slaughter of these young innocents.” Krauss paraphrases the point by having God say, “If you don’t invite me to the party, I will kill your kids!” And in this light, he justifiably wonders, “who would want to pray to such a fickle and pompous deity?”

He has a point. This image of God strikes many of us as more consistent with Al Capone than any deity one would feel inclined to worship.

And you have to wonder: If the killing of the precious 20 children in Newtown was a divine judgment for taking prayer out of school, does this mean there’s also a specific divine judgment behind the thousands upon thousands of children who die of malnutrition each day as well as the almost routine killing and mutilation of children in parts of the world that are caught up in tribal conflicts? On the other hand, on the same day as the Newtown massacre, China witnessed 22 school children attacked by a madman. But in this case no one died because the man had a knife instead of an automatic weapon. Using Huckabee’s divine judgment logic, must we not conclude that God is less angry with China than the United States?

The irony of this is that Krauss shares the assumption of President Obama and all the other people whom he is critiquing that to believe in God means you must believe he’s complicit in the world’s atrocities. To believe in “deities” is to believe in the kind of deities who guide killers to kill the exact right number of children. And the even bigger and more tragic irony is that Obama and most of the others who are making this assumption are Christians who profess that Jesus Christ is the clearest revelation of what God is like.

Where do we find anything in the life and ministry of Jesus that would so much as hint that God is the sort of God who orchestrates child-killings? Jesus explicitly rebuked people who thought they could discern the judgmental hand of God behind tragedies, whether it was about a tower that fell on people or the work of a mad murderer like Pilate (Lk. 13:1-5). And this being the Christmas season and all, it seems appropriate to point out that Jesus reveals a God whose power isn’t the power of “mysteriously” manipulating killers to fulfill his plans. To the contrary, he reveals a God who governs with the kind of power – and the kind of love — reflected in his willingness to become a helpless baby lying in a manger and his willingness to get crucified by enemies, out of love for enemies. For all who follow Jesus, the apostle Paul says, “Christ crucified” is both “the power of God and the wisdom of God” (1 Cor. 1:23-24).

This is very different from the kind of power presumed in every version of a deity who controls the finger of a deranged young man with his hand on a gun.

In the midst of this tragedy, there was at least one person who didn’t turn to wisdom of the clergy, or presidents, espousing “some version of” the all-controlling deities. Robbie Parker is the father of Emilie, one of the beautiful children murdered in Newtown, CT. when asked if he was mad at God for allowing this, Robbie answered, “I’m not mad,” for he understood that God endowed people with free agency. What people do with this agency doesn’t reflect on God, it reflects on them.

Against Krauss, I believe we should turn to God. But it makes all the difference in the world which God you turn to. You can turn to a controlling deity that orchestrated the nightmare. Or you can turn to the God who humbly stooped to suffer his own nightmare at our hands, and on our behalf: the crucified Jesus Christ.

Jesus wants little children to come to him. But he brings them home by dying for them, not by killing them.