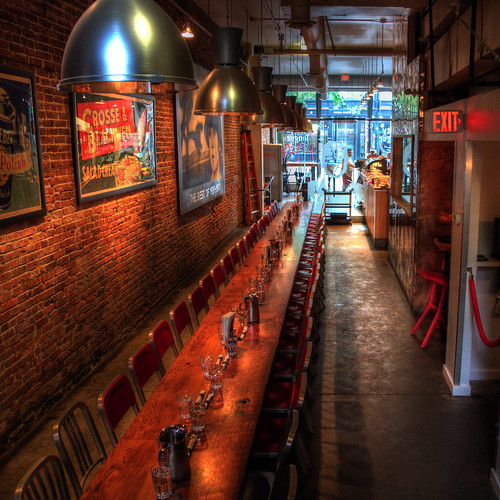 Here’s a unique Kingdom initiative from one of our readers that we wanted to share with you. If you’re in Ann Arbor, check it out!

Starting in January, one of the pastors at our church (Kevin Davis, of 242 Community Church in Ann Arbor, MI) will be starting a new initiative to reach people in new ways. Inspired by his work with Forge America, a missional development organization, Kevin will be kicking off a series of discussions at a local pub, entitled, “God and Guinness.” The idea is to use a public space to engage with people who aren’t attracted to traditional church. We’re also hoping to engage with churchgoers who have never challenged their own beliefs, and draw them towards a more missional, Christ-like interpretation of how they can live their lives. Any theological topic will be up for discussion, and we’re hoping to attract people with a variety of beliefs. We plan on borrowing heavily from Across the Spectrum, Myth of a Christian Nation, and a number of Greg’s teaching series. We hope that “God and Guinness” will be one of many iterations of the kind of revolution that ReKnew is hoping to inspire across the world. It’s worth mentioning that any revolution that is partnering with the radical life changes that ReKnew is proposing will often face scrutiny and pushback from the established order. Sometimes, this can even come from one’s own church. We feel that efforts like ours, which run in parallel with traditional churches, are an important first step in bringing about wholesale change in the Body of Christ. The traditional folks might not buy in immediately, but if we’re doing this right, then the results will be hard to ignore. qthomasbower via Compfight Rachel Held Evans posted recently about The Scandal of the Evangelical Heart. Citing a comment by John Piper (“It’s right for God to slaughter women and children anytime he pleases. God gives life and he takes life. Everybody who dies, dies because God wills that they die.”) she notes that when we approach the Bible in… Do We Jeopardize a Person’s Salvation by Sharing the Gospel with Them? (podcast) April 24, 2019

Greg considers the evangelism implications of the idea that we are all IN. Why risk someone having an opportunity to opt out? Episode 494 http://traffic.libsyn.com/askgregboyd/Episode_0494.mp3