Was Jesus Really Human Like the Rest of Us? 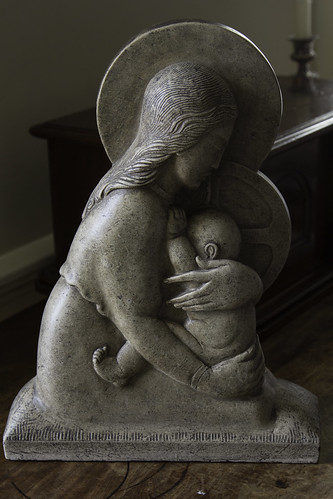 Did Jesus really live as a human like you and I do? Or did he walk around with special divine powers that we don’t have?

In the previous post, I introduced the question: How was God both fully God and fully man? I explained the classical model of the Incarnation which views the incarnate Jesus as omniscient and non-omniscient, omnipresent and spatially limited, and omnipotent while possessing limited power, all at the same time. Beyond the question of the logical coherence of this view, it implies that Jesus walked around with special divine powers that made him very different from the rest of us.

As an alternative, I’ve defended the kenotic model of the Incarnation that I believe is much more consistent and coherent. Briefly stated, the kenotic Christology teaches that the Son of God emptied himself of all the divine attributes that were incompatible with being fully human. That is, he divested himself of the exercise of his omniscience, omnipresence, and omnipotence to become a genuine human who had limited knowledge, took up limited space, and had limited power.

Of course, Jesus never ceased to be God and his divine attributes continued to exist. However, in order to become fully human, the kenotic Christology holds that he temporarily had to relinquish his ability to use these attributes.

It is labeled kenotic Christology because it is based on the Greek word kenosis, which means “to empty.” It’s used in Philippians 2, which reads:

Let the same mind be in you that was in Christ Jesus, who, though he was in the form of God, did not regard equality with God as something to be exploited, but emptied [kenosis] himself, taking the form of a slave, being born in human likeness.  And being found in human form, he humbled himself and became obedient to the point of death–even death on a cross (Phil 2:5-8).

Jesus, being divine, did not cling to his equality with God, and it is for this reason that he was able to become a full human being. In the words of Paul, he “emptied himself” so that he might come in “the form of a slave” and be “born in human likeness.”  By contrast, if Jesus continued to use all the divine attributes, as the classical Christology holds, one has to wonder what exactly Jesus “emptied himself” of. Moreover, if Jesus retained the exercise of his omniscience, omnipotence and omnipresence, one has to wonder how he could be affirmed as being fully human.

To my way of thinking, this view finds additional support throughout the NT. I’ll list just a couple representative passages:

• Jesus prayed for an alternative to the crucifixion “if it [was] possible” (Matt 26:39). The only way that I can see that this could be a sincere prayer is if Jesus did not actually know whether or not an alternative plan was “possible”.

So far as I can see, the kenotic Christology provides a framework to understand the Incarnation in a way that takes Jesus’ full humanity seriously without involving itself in any logical contradiction. It therefore also allows us to say that Jesus was like us in every respect, except he did not sin (Heb 2:14, cf. 4:15; 5:8). He did not walk around with special innate powers that the rest of us do not possess.

At the same time, if Jesus was fully God, the Kenotic Christology entails that God the Son did not always need to exercise the attributes of omniscience, omnipotence and omnipresence to remain God.  What could prevent us from drawing this conclusion? In fact, for anyone who believes that humans (and angels) are created with free will, as I do, this suggestion shouldn’t be particularly problematic. For to the degree that God has given humans free will, he has limited his omnipotence. He no longer has all the “say so” over what comes to pass in his creation. We might say that creating a world with free agents already involves a sort of “kenosis” in God. The kenotic Christology simply takes this logic a bit further and applies it to the Incarnation. Just as God limited his power when he created free agents, so too the Son of God limited his power, knowledge, and presence to become a full human being.

Yet, if Jesus emptied himself of the exercise of the divine attributes of omnipotence, omniscience and omnipresence, what attribute did he retain to continue to qualify him as “fully God” as well as “fully human”? This shall be the topic of our next post. The Jesus Seminar and the Reliability of the Gospels December 29, 2007

The Jesus Seminar The primary driving force behind the popular media’s present preoccupation with liberal views of Jesus has been the Jesus Seminar. This Seminar, first convened in 1985 by Robert Funk, is a gathering of 100 or so mostly liberal New Testament scholars who meet on a regular basis. They have determined, by a…