The Dehumanizing Effects of Gender Roles 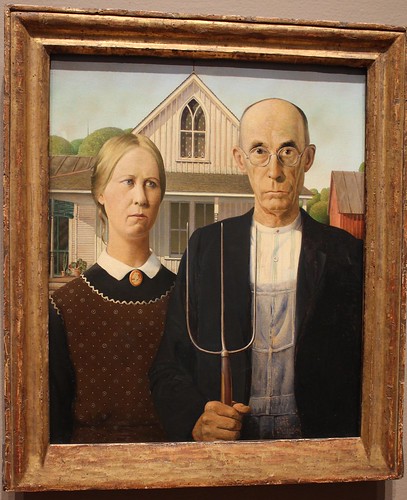 Rachel Held Evans posted this really wonderful blog about the absurd legalism of gender roles. She not only calls out the legalism of these roles, but also the ways that we become less human when we are reduced to a stereotype rather than a human being with specific gifts and passions.  You’ll want to check this out.

I’ve heard from women who said they tried desperately for years to quiet their ambitions and leadership skills because they felt those gifts violated God-ordained “femininity.” I’ve heard from couples who were left exhausted and guilt-ridden trying to play by the rules of gender hierarchy that required the man to always lead and the woman to always follow, regardless of gifting or areas of expertise.  I’ve spoken with tearful men who, despite the fact that they love being stay-at-home dads, have been ostracized and mocked by their churches.  I’ve sat through women’s Bible’s studies in which I was taught how to convince my husband that something is his idea, even if it isn’t, in order to keep the hierarchy intact while still getting my way. (I think manipulation is an unintended consequence of hierarchal marriages, which perhaps should be the subject of separate post.) I’ve received countless emails from women who, upon reading about the original intent of Proverbs 31 in A Year of Biblical Womanhood, report that for the first time in their lives, they no longer feel that they are falling short of some sort of impossible standard of womanhood.

Rachel Held Evans on What Drives Millennials (and Others) Away from Church July 31, 2013

David Clow via Compfight Have you been wondering why so many churches are dwindling in numbers? Rachel Held Evans was asked to speak about what drives millennials away from church, but her response has struck a nerve with a whole lot of people who are not millennials. It’s time for the church to take a… Podcast: Is Being a Stay-At-Home Dad Shameful for a Christian Man? January 22, 2019 Greg discusses the incarnation from the perspective of “God as Human” rather than “God and Human.” http://traffic.libsyn.com/askgregboyd/Episode_0252.mp3