How We Are Defined 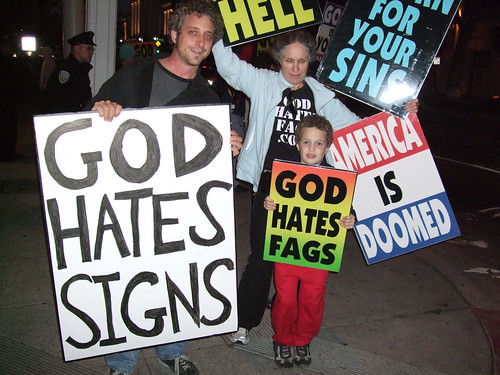 Zack Hunt wrote a piece called Abortion, Gay Marriage, Immigration, Gun Control, and the Church over at A Deeper Story. He points out that we have a big problem on our hands when it comes to the ways we have come to be defined by these issues. Christians are primarily defined in our culture for what we’re against. But Jesus was not known in this way. And we are called to follow him. What are you known for?

Ironically, many of us in the church have taken the complete opposite approach to bringing the kingdom of God to earth just as it is in heaven. Instead of going out of our way to incarnate the radical love and grace of God to our neighbors and enemies alike, more often than not we seem to go out of our way to avoid doing just that. Rather than extend grace, we vote it down at every chance we get. Rather than loving our enemies and serving our neighbors, we treat them as subhumans, not worthy of the dignity and respect we demand for ourselves.

Rather than being and doing, we denounce and abstain.

But if the name Christian is going to have any credibility, then we have to actually live our lives like Christ did.

Which means we have to live lives defined by what we’re for and what we actually do.

I watched a 20/20 special the other night on politics in America. The show explored the “growing political divide” in our country. Here’s some of the information found in this program. * Since the early 70’s Americans have become increasing polarized in their political views. Communities that once were pretty evenly split politically are now…

Is the Rapture really what you think it is? Most Christians believe that God will take his followers up to heaven before the really bad stuff starts on earth, but is this what the bible says? Is this view consistent with the loving God that Jesus shows us in the New Testament? View the full…