Poor and Black in America 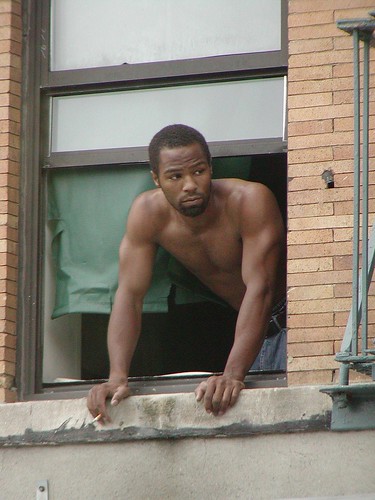 Drew Hart is someone with a rare voice. I’m sharing the bio from his blog in its entirety because I think knowing some of his story gives authority to his words.

Drew Hart has been shaped by both Black Church theology and Anabaptist theology. Drew was raised in an African American Church but was introduced to Anabaptism first while studying at Messiah College as a Biblical Studies major. After completing his undergrad, Drew joined the pastoral team of Harrisburg BIC Church, a racially diverse and urban Anabaptist community committed to racial reconciliation in the city for 4 years. After, Drew came back to Philly, to work on his MDiv at Biblical Seminary. Right now, Drew, along with continuing pastoral ministry, is also a PhD student at Lutheran Theological Seminary at Philadelphia in Theology & Ethics. His research is focused on the intersection of African American theology and Anabaptism, but particularly he is focused on how Jesus has been salvaged and reunderstood by these 2 communities that have been oppressed and persecuted at the hands of Western Christian majorities. Drew believes that together the two traditions can contribute immensely in decolonizing American theology and that they are more faithful to the life and teachings of Jesus. Drew regularly speaks at churches and conferences, confronting racism, oppression, and violence, while continually pleading with Christians to take a stand. Drew has been married since 2008 to Renee (whom he met at the Harrisburg BIC church). They have two young sons, Micah and Dietrich. They have been living in the East Germantown section of Philly since 2008.

Drew shared his thoughts this week on attitudes towards black people living in poverty in America. Please take the time to read the entire blog post. It’s so important for us as kingdom people to recognize the insidious assumptions we hold and the ways those assumptions and attitudes contribute to the pain and burden of the most vulnerable in our society.

When I was growing up my family scraped by with the bare necessities but there was never a short supply of love. By High School, my family had clearly crossed over firmly into the black middle class. We moved to the burbs and I attended a middle class suburban high school from grades 10-12. Since college, I have been living in black neighborhoods (1st in Harrisburg, PA, then in Philly) comprised of mostly poor and working class families. However, my own family is most certainly middle class. Everyday I live with the realities that come with being a young black male. The fear, the stereotypes, the clutched purses, and the always present and perpetual threat of being suspected for the crime of being black at the wrong time or place, that is when cops are looking for any black body to fit their description. Being black is draining. Blackness still continues to be described pejoratively in America. To be a black american is to constantly have to tell yourself that you are somebody, that you are made in the image of God, that you are creative, and intelligent. To not do so will result in being drowned in the negative words that dominant culture has to say about your existence and ‘your kind’.

Yet, I don’t even have to deal with where my next meal is coming from, or the stigma of not having a college degree while searching for a job (God forbid you have a conviction, because there are almost no options for you when you are black). I have healthcare, food, housing, transportation, and a reliable and livable income. And in a couple years I will have a PhD, which will make me extremely privileged educationally speaking, within the black community. Blackness by itself is tiring enough, but to be poor and black is a burden I honestly can only sympathize with at this point (rather than empathize with) as  my neighbors share with me their struggles to find work and provide for their family. And yet, it is precisely poor black families that are often the most popular targets of the media and the middle class. Through vitriol and stereotype, they get blasted 24/7 for every aspect of their lives. They are the scapegoats of America, who will champion them?

We’re happy to introduce you today to Brandon Andress. He is the author of AND THEN THE END WILL COME! and UNEARTHED: How Discovering the Kingdom of God Will Transform the Church and Change the World. He has served as an elder and teaching pastor at The Living Room Church in Columbus, Indiana. Brandon writes… Remembering that We are Finite September 15, 2012

Here’s a little reminder from Joshua Becker that we live with limited resources in the areas of “Money. Time. Energy. Attention. Physical Space. Relationships. Mental Capacity. Body. Talents. Natural Resources.” Let’s spend these things with wisdom and love. From the blog: This reality of our finiteness is an incredibly important truth. It is one we should intentionally choose to focus on… Concerning the preaching of the Gospel, Paul wrote that God’s intent was that “through the church the wisdom of God in its rich variety might now be made known to the rulers and authorities in the heavenly places … in accordance with the eternal purpose that he has carried out in Christ Jesus our Lord”…