Did God Cause the Polar Vortex? 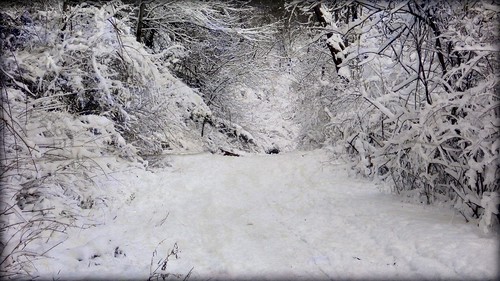 When is this polar vortex thing going to end? It’s March, and even in Minnesota we expect to see temperatures warmer than this. With all of the sleet and cold in the south, it seems like schools are closing more than they are open. While this is not a catastrophic event like a hurricane, tsunami, or earthquake, many still ask ask, “Why God?” Or, “God, when are you going to make this end.” And it’s not uncommon for some to say, “Well, the Good Lord knows what he is doing.”

This kind of talk reveals an underlying story that shapes how we commonly see God interacting with nature. It’s the story that God is orchestrating the weather, and one need not be a hard-core Calvinist to think this way. The following is an excerpt from Greg’s Satan and the Problem of Evil where he offers an alternative story about nature and natural evil, one that recognizes that “God is everywhere and at all times present in his creation maximizing good and minimizing evil. But to the extent that he has given creatures say-so, God has restricted the exercise of his own omnipotence” (213). As C. S. Lewis’s wrote in Mere Christianity, “Enemy-occupied territory—that is what the world is.” The following applies such a view to the realm of nature and natural evil.

“In contrast to moral evil, ‘natural evil,’ says John Hick, ‘is the evil that originates independently of human actions: in disease bacilli, earthquakes, storms, droughts, tornadoes, etc.’ It is, in short, evil that lacks (or at least seems to lack) a moral agent behind it. It’s apparent cause lies within the ‘natural’ order of things” (243).

“Early Christian thinkers assumed that angels, like humans, were created free and given a sphere of influence and responsibility over creation and that, again like humans, angels could use this influence for good, as God intended, or for evil. … ‘Natural’ evil was explained as resulting from these spirits rebelling against God and thus abusing their authority over creation. Hence, for example, Origen argued that famines, scorching winds and pestilence were not ‘natural’ in God’s creation; they were rather the result of fallen angels bringing misery whenever and however they were able. …

“Reflecting the basic vision of the early church, Athenagoras [2nd century church father] concluded that everything in nature that obviously looks contrary to God’s character appears that way because it is contrary to God. It did not arise from the omni-benevolent hand of the Creator … but was due rather to the activity of this evil ‘ruling prince’ and the ‘demons his followers.’

“The view that evil spirits are largely responsible for ‘natural’ evil has been suggested throughout church history by many theologians. But due to the influence of Augustine’s blueprint model of divine providence, this insight was rarely considered the ultimate explanation of ‘natural’ evil, as it was before Augustine. The assumption was that everything Satan and demons do somehow fits into God’s meticulous plan for world history. Because of this, ‘natural’ evil has generally been regarded as a problem of understanding God’s providence, not an issue of spiritual warfare.

“Modern perspectives of ‘natural’ evil have drifted even further from the warfare perspective of Scripture and the postapostolic church. Under the influence of Enlightenment naturalism, rationalism, and biblical criticism, the very notion of evil spirits influencing the physical world became problematic. Physical laws became the ultimate explanation for anything in the physical world” (294-296).

Image by blmiers2 via Compfight If Creation is Created in the Middle of Cosmic Warfare, How Can God Call It All Good? July 27, 2016

In this episode Greg discusses creation, in the context of cosmic warfare, and considers how God could call it “good.” Links: Greg’s book: “God at War“ http://traffic.libsyn.com/askgregboyd/Episode_0022.mp3 Grieving with the God who Pulled the Trigger? December 29, 2012

Lawrence Krauss recently wrote a thought-provoking, soul-searching essay for CNN Opinion entitled, “Why must a nation grieve with God?” Krauss was disturbed by a comment made by President Obama at a memorial service for the victims of the tragedy at Newtown CT.  Commenting on Jesus’ statement to “Let the little children come to me,” Obama opined:…

Greg begins to unpack the Christus Victor view of the atonement by comparing it to the Chronicles of Narnia.