Is Your Church Promoting Tribalism? 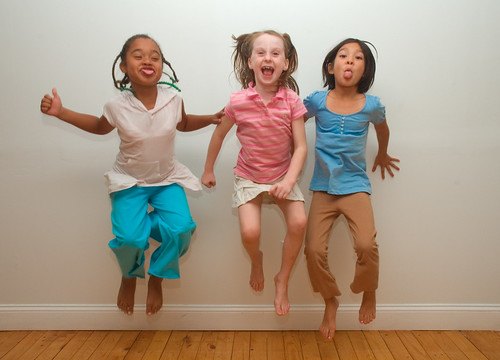 It’s long been said that Sunday morning is the most segregated time of the week. Sadly, many have taught us that homogeneity is the way the church grows the fastest. But should we put up with this? In what follows, Greg lays out a biblical foundation for what he calls “reversing Babel.”

According to the biblical record, tribalism can be traced back to the infamous Tower of Babel. Several generations after the flood, humans were still living in one locale and had one common language and culture (Gen 11:1-2). Then someone came up with the brilliant idea that they should construct an enormous tower that would reach “to the heavens” in order to make a name for themselves and keep themselves unified (vss. 3-4).

The Lord saw what they were doing and said, “If as one people speaking the same language they have begun to do this, then nothing they plan to do will be impossible for them” (vs 5-6). What I hear the Lord saying is that if humans succeeded in erecting this idolatrous temple there would be no limit to the depth of evil they could sink to.

Theologically speaking, all the different phenotypic, cultural and national differences we see among diverse people groups today can be traced back to this divine judgment. Since all these people were entrapped in idolatry, it was inevitable that sooner or later some would try to get life from this distinctiveness of their tribe or nation. Tribalism, nationalism, and racism were born.

While people since Babel have had a tendency to exalt their human-centered, national uniqueness over others, God’s heart has always been to reverse Babel and bring nations together under him.

Isaiah prophesies of a day when “the mountain of the Lord’s temple will be established as the highest of the mountains” so that “all nations will stream to it” (2:2). He foresees a time when “all people” will behold “the glory of the Lord” (40:5) as they gather together at God’s “holy mountain” (56:7). This will be a time when “the Sovereign Lord will make righteousness and praise spring up before all nations” (61:11) as he gathers “people of all nations and languages” to “come and see my glory” and as he inspires “all people” to “come and bow down before” him (66:18, 23).

God’s “ways are not our ways,” (55:8-9) for our ways tend to be in line with Babel. It was true of ancient Israel, and it tends to be true of the Church today. Instead of attracting all others with our splendor, we repel them with our tribalistic superiority and self-righteousness. Fortunately, God’s ways always eventually triumph. And the one in whom they begin to triumph is Jesus Christ.

We get an idea of how central reversing Babel is to the Kingdom when we consider what happened on the first day the Church officially came into being—the day of Pentecost. Jesus had told his disciples he was going to leave them but that he would send the Holy Spirit to them. This promise was fulfilled 40 days later on the day of Pentecost. As 120 disciples were praying, the Holy Spirit came on them and they all “began to speak in other tongues as the Spirit enabled them” (Acts 2:1-4).

What’s particularly interesting about this episode is that there were people from many different countries visiting Jerusalem at this time, and they each heard the disciples speaking in their own native dialect (vs 6-12). The curse of Babel was being reversed. When the people inquired about what this meant, Peter explained that this was the fulfillment of the prophecy found in the book of Joel: “In the last days, God says, I will pour out my Spirit on all people” (vs 17).

This is the very first thing that happened when the Church was birthed! This passage teaches us that where the Spirit of God is present, where the reign of God is being established, where the Church is being the true Church—Babel will be in the process of being reversed. Where the Spirit is working, all the nationalistic walls that idolatrous humans have established will be losing all significance (Gal 3:28). Where the Spirit is working, the “one new humanity” that Christ died to bring about will be in the process of being manifested (Eph 2:14-16).

In other words, this passage reveals that reversing Babel is one of the most fundamental distinctive marks of the Kingdom. With his shed blood, Jesus “purchased for God members of every tribe and language and people and nation” (Rev 5:9). The Kingdom, therefore, is manifested whenever people are no longer defined by their Babel-originated tribe or nation, but only by their life-giving relationship with Jesus Christ and their belonging to God’s beloved community.

For those who are just tuning in, we are in the midst of a series that is fleshing out the theology of The ReKnew Manifesto. So far I’ve argued that the cross is the definitive revelation of God and that it should therefore be the centerpiece of our hermeneutic (interpretation of the Bible) as well…

Hani Amir via Compfight Seth Haines wrote a guest post on Tanya Marlow’s blog called The Overcoming Kingdom.  He reflects on his young son’s illness and the questions it provoked in him, and the hope he came to in the process. Real suffering challenges our easy answers and drives us to Jesus in a way that… …at least the first Christmas was. When Jesus came it was about the birth of a subversive ruler who brought a subversive kingdom. He is a king that came to introduce a reign that would overthrow the world. Click here for a brief reflection by Greg on Subversive Christmas, brought to you by Nomad.