Finding Christ Behind the “Letter” That Kills 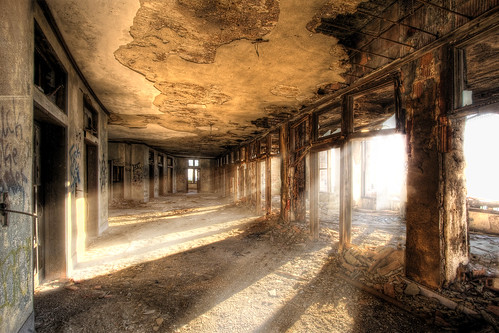 “The letter kills, but the Spirit gives life”

The Odd Way NT Authors Use the OT

Have you ever noticed the rather strange way authors in the NT tend to use OT citations?  Whereas most western Christians today stress the importance of seeking the “original intended meaning” of a passage, the NT authors demonstrate little concern for this. To give just one relatively minor example of what I’m talking about, in his Epistle to the Romans Paul quotes Isaiah 65:1-2 by saying,

Isaiah is so bold as to say,

What is most interesting about Paul’s use of this passage is that he applies verse 1 of Isaiah 65 to Gentiles while applying verse 2 to Israel. Yet, if you read the original context of these verses, it’s very clear that in both verses Yahweh is speaking about Israel. How could it be that Paul felt at liberty to introduce a distinction of groups being addressed that is completely foreign to the original passage and that significantly alters its original meaning?

Finding The “Voice” Behind the “Voice.”

While on vacation with my family over this last week I read a fascinating new book addressing this question entitled The Hermeneutics of the Apostolic Proclamation by Matthew Bates (Baylor University Press, 2012). Bates notes that among early Christians as well as ancient Jews and even ancient pagan writers, it was a common practice to search for “the voice behind the voice” when studying writings that people regarded to be divinely inspired (2) – viz. the OT, for Jews and Christians, and Homer and Hesoid (among others) for pagans (189-92). The conviction driving this practice was that, because a work was divinely inspired, writings could contain a divine meaning that went beyond, and even at times against, the meaning intended by the human author (217-18).

According to Bates, one of the passages that reflect this conviction most clearly in Paul is 2 Corinthians 3:1-4:6 (161-81). In this passage Paul finds incredible significance in the episode where the Israelites placed a “veil” over Moses to conceal the “glory” that radiated from his face when he came down from Mount Sinai (3:7, 13; cf. Ex. 34:29-30).  Among other things, Bates’ argues that Paul is construing this veil to be “a hermeneutical veil” that continues to blind unbelievers to the true meaning and true “glory” that is contained in the text of Scripture (3:14-15; 169-75). Unbelievers can of course still understand the “syntax” and “grammar” of Scripture – the “letter” of Scripture (3:6).  But so long as a veil remains — which means, so long as “their minds are hardened” (3:14)  — these unbelievers are “unable to penetrate beyond the verba to the divinely intended res” of Scripture to discern its divinely intended meaning and thus its true “glory” (173, 175).

This is in essence what Paul means when he says “the letter kills” while “the Spirit gives life” (3:6). For Paul, Bates argues, “the letter kills when it is not accompanied by an understanding of the deeper divine intent behind the letter” (333). Jesus was making essentially the same point when he taught that Scripture is devoid of “life” unless the person reading it discerns how it is ultimately about him (Jn. 5:39-45). For Paul, it is only when a person “turns to the Lord” that this “hermeneutical veil” gets removed, thereby allowing believers to penetrate beyond the surface meaning of the text (the verba) to its divine intended substance (the res of Scripture, 181).

This doesn’t mean that “the letter” of Scripture is unimportant for Paul, nor that it should become unimportant for us. It merely means that we should read “the letter” with the understanding that it contains “clues…that allow [us] to penetrate through it to God’s divinely intended meaning” (181). As was true of others “in his social world,” Paul regarded “the divinely planted internal meaning of the scriptures (the res)” to have “priority over the linguistic or narrative sequence (verba)” (331).

Bates’ Central Thesis. The heart of Bates’ book is his claim that one of the central ways that Paul and other authors of the NT as well as ancient Jews, ancient pagans and early church fathers went about discerning the divinely intended meaning of their sacred texts was through “prosopological exegesis.”  The word “prosopological” comes from the Greek work “prosopon,” which originally meant “face,” “countenance” or “mask, ” though in the latter part of the Hellenistic era it came to refer to the whole character of a person, especially in theatrical or literary contexts (192-93). “Prosopological exegesis” therefore “concerns the proper identification of [the] speakers and addressees” in a text that is considered sacred (203). More specifically, it refers to the widespread ancient practice of explaining perceived problems in a sacred text or rendering a sacred text more relevant to a contemporary audience by positing a different speaker and/or addressee than the text itself supplies (183, cf. 218).

This is precisely what Paul was doing with Isaiah in the passage we looked at earlier (Rom. 10:19-20).  As he developed his theology of why the kingdom movement was becoming less Jewish centered and increasingly Gentile centered, he discerned a distinction in people groups in Isaiah 65:1-2 that the human author of this passage clearly didn’t intend. In fact, Bates demonstrates that some early church fathers such as Barnabas and Irenaeus not only followed Paul by changing the group referred to in verse 2, but also altered the speaker of this passage by identifying the one whose hands were stretched out as the Son of God on the cross. Justin Martyr went further still by altering the original passage (of the LXX) that depicted Yahweh having his hands stretched toward (pros) the people to make it describe the Son reaching his hands over (epi) people on the cross (3-4).[1]

On the basis of the numerous examples of “prosopological exegesis” that Bates cites in Paul’s writings and elsewhere in NT (see esp. ch.5), Bates seeks to establish his thesis that the original Gospel message (kerygma) that Paul shared with other apostolic leaders in the earliest Christian movement contained a “built-in hermeneutic” that included this prosopological strategy for discerning the divinely intended meaning of the OT (56-57, 331). If deemed plausible by the academic community of NT scholars, it’s a thesis that Bates believes could potentially “change the landscape” of Pauline studies (56), at least as it concerns the hermeneutic Paul employed in finding Christ in the OT.

Implications of Bates’ Proposal. I am not a specialist in the field of Pauline studies, let alone Paul’s hermeneutic, and so I feel ill equipped to weigh in on the merit’s of Bates’ central proposal (though I confess that I, as a non-specialist, found his over-all argumentation to be very persuasive). What interests me more than the specifics of his central proposal, however, are the possible implications Bates’ work should have for the way Jesus followers today generally approach the OT. Among other things, it raises this important question: If Paul and the NT as a whole placed much more emphasis on discerning a deeper, Christ-centered meaning in the OT than on accurately discerning the “originally intended meaning” of the human authors, and if we regard these authors to be divinely inspired, is there not something amiss with the current emphasis by so many evangelicals that Bible interpreters should only seek for, and only adhere to, the meaning that the author originally intended? If Paul is right in believing the “the letter kills” if it’s not accompanied by a deeper divinely intended meaning, isn’t this strictly historical-critical approach to Scripture a prescription of death?

This is the question I’ll pick up in my next post. Until then, I encourage you to read Scripture looking for Christ as the “life” of Scripture – the way Jesus himself recommended.

[1] LXX refers to the Septuagint, which is the Greek translation of the Hebrew Bible in the 2nd cent. B.C. that the NT and early church Fathers most frequently cited.