Molinism and Open Theism – Part I 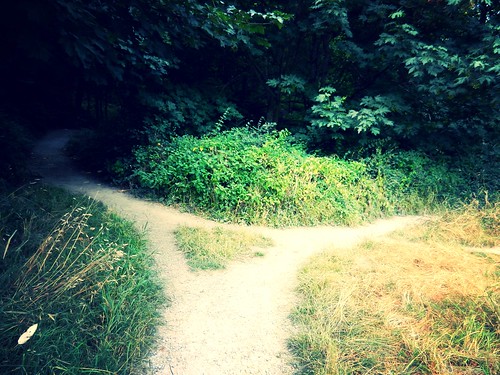 I’ve been asked for the umpteenth time on Twitter lately about the difference between “Molinism” and “Open Theism,” and for some reason, today seemed like a good day to begin addressing this question. I’ll do this in two parts. Today I’ll outline and critique Molinism, and in a subsequent post I’ll raise yet another critique as a segue into discussing Open Theism (or better, the Open View of the Future, for as we’ll see, the issue is not about the nature of God or of his knowledge, but the nature of the future in the world he created).

I promise to try to keep these posts as free of philosophical jargon as possible!

The most important distinctive aspect of Molinism, therefore, is that it holds that God chooses what each agent will do in the future on the basis of his Middle Knowledge of what each agent would do in every possible circumstance. Yet, Molinism holds that God doesn’t choose what agents would do in every possible circumstance, so it claims to avoid the determinism of Calvinism and to preserve the libertarian free will of agents (that is, the ability to choose otherwise).

There are a number of cogent objections to Molinism, but in my two posts on this subject I’ll just mention the two that I deem most serious. In this post I’ll address “the grounding objection,” and in a subsequent post I’ll address a second objection as a way of segueing into the Open View.

To illustrate the problem, suppose God knows from eternity past that “Greg would eat a chocolate bar on the evening of May 16th, 2014.” What reality makes this eternally true? It can’t be God’s will that grounds this truth, for as Molinists acknowledge, this would mean God determined me to eat the chocolate bar, in which case I am not free. But neither can it be my willful decision on May 16th to eat this tasty treat that grounds this eternal knowledge, for my decision obviously didn’t exist an eternity ago.

The only alternative is to admit that the eternal truth of what agents will do and would do in all possible circumstances just is. These truths are caused by nothing and grounded in nothing, and this is essentially what most Molinists defend. There are at least three big problems with this view, however.

First, this view is tantamount to a type of eternal dualism, for it is positing an eternal reality alongside God that God himself didn’t create. Think about it. From all eternity, the truth of what every possible agent will do and would do in other circumstances is eternally settled — and God didn’t choose this! So we must accept that all the facts of what will come to pass and what would have come to pass in all other conceivable circumstance eternally existed alongside God as a reality he did not create.

So, while I deeply appreciate the desire of Molininists to preserve free will, I am afraid their system logically undermines it.

In the tomorrow’s post I’ll raise yet another serious objection to Molinism and use it as a launching pad to discuss the Open View of the Future and how it differs from Molinism.

Category: Q&A
Tags: Calvinism, Choice, Determinism, Free Will, God, Molinism, Open Theism
Topics: Open Theism What it is and is not, Providence, Predestination and Free Will