Resignation to Evil: Not an Option 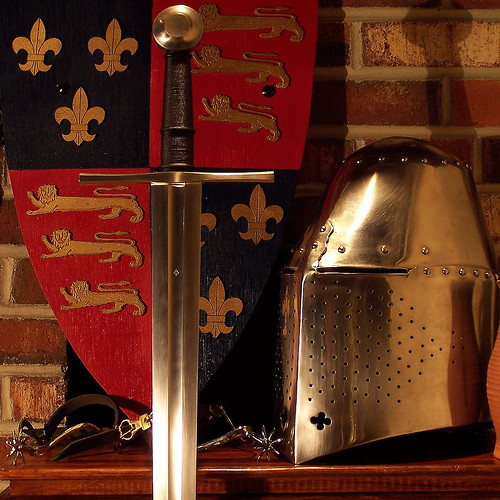 One lucky guy via Compfight

While few Christians would deny that Satan is in some sense the ruler of this world, since it’s so clearly taught in the New Testament, many nevertheless insist that everything Satan and every other free agent does fits into a divine plan that is governing every detail of world history. In this view, it’s not just the beautiful aspects of creation that glorify God. Everything, including evil events, ultimately contributes to the “glory of God.” God is ultimately behind it all.

Throughout history and yet today, very few Christians have seen themselves as belonging to a subversive revolution – despite the clear teaching of the New Testament regarding the enemy-occupied status of the world. I frankly suspect that this God-is-behind-it-all theology is partly to blame. The belief that “evil” is ultimately controlled by a greater good tends to produce an attitude of resignation toward evil rather than an attitude of revolting against it.

Interestingly enough, there were many pagans in the ancient world before the time of Christ who believed every particular thing came to pass by a sort of cosmic necessity and that it all contributed to a greater good. The most well-known philosophical school espousing this view was known as “Stoicism.” Consistent with their determinism, Stoics advocated a form of piety that stressed peaceful resignation to all that afflicts humans rather than an on-going attempt to revolt against it.

How can you, and why would you, revolt against something you believe can’t be other than it is?

I suggest that Jesus had a very different mindset, as did most of the early Church fathers.

When Jesus encountered people who were physically, socially or spiritually oppressed, he never once encouraged them to resign themselves to their situation as being part of God’s mysterious plan. He rather viewed their various afflictions as the direct or indirect result of Satan’s will – and he revolted against them.

For example, when Jesus confronted a Jewish woman with a deformed back, he asked, “should not this woman, a daughter of Abraham, whom Satan has kept bound for eighteen long years, be set free …”(Lk 13:16, emphasis added)? This is what we consistently find throughout the Gospels. Peter summarized Jesus entire ministry by saying he “went around doing good and healing all who were under the power of the devil…” (Ac. 10:38, emphasis added).

Far from supposing that things like diseases and deformities were part of a great divine plan or that they glorified God, Jesus revealed God’s will and glorified God by coming against these things! Jesus ministry was not about helping people accept the world as it is – as though it now reflected God’s will. His ministry was about helping people revolt against the world as it now is – in order to bring about God’s will. There are four major objections to Open Theism. In this post, we are dealing with the third and fourth. (See yesterday’s post to read about the first two.) Objection #3: God cannot foreknow only some of the future. It is often argued that for God to be certain of anything about the future, he must be…