The Revolutionary Mission of the Church 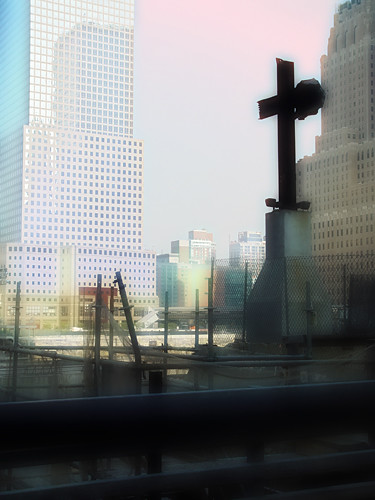 YES! “[T]he mission of the church is to participate in a drama that has a cross for its climax…” K. Vanhoozer

This quote from Vanhoozer summarizes a theme that is crucial to the warfare view of the church that Greg holds. The drama of the church is a continuation of Jesus’ cross-like love, but what exactly does this look like? In Myth of a Christian Religion, Greg explains this by using the image of a revolution, but one of a different kind. He writes:

When people get serious about their call to follow Jesus’ example, it’s revolutionary. Literally. The Kingdom that Jesus ushered into the world is a revolution. It revolts. In manifesting the beauty of God’s reign, the Kingdom revolts against everything in the world that is inconsistent with this reign.

But the Kingdom revolution is unlike any other the world has known. It’s not a revolution of political, nationalistic, or religious ideas and agendas, for Jesus showed no interest in such matters. Indeed, these “revolutions” are trivial by comparison to Christ’s, and whenever people have tried to transform the Kingdom into one of these revolutions they have trivialized the Kingdom and denied its essential character.

The revolutions of the world have always been about one group trying to wrest power from another. The revolution Jesus launched, however, is far more radical, for it declares the quest for power over others to be as hopeless as it is sinful. Jesus’ Kingdom revolts against this sinful quest for power over others, choosing instead to exercise power under others. It’s a revolution of humble, self-sacrificial, loving service. It always looks like Jesus, dying on Calvary for the very people who crucified him. …

While ordinary revolutions advance by engaging in ugly violence as they sacrifice all who oppose them, the Kingdom revolution advances by manifesting the outrageous beauty of God’s love that leads people to sacrifice themselves on behalf of those who oppose them.

The radical Kingdom Jesus embodied and established is all about manifesting the beauty of God’s love and revolting against every ugly thing that opposes it” (19-20). The world is full of conflict where evil begets more evil. Violence produces more violence. Arguments produce more arguments. It’s a tit-for-tat world. What is God’s strategy for stopping this conflict? How does God respond to evil, and how does God call us to respond? This strategy might even come in handy during heated conversations…