The REAL Problem with Divine Violence in the OT 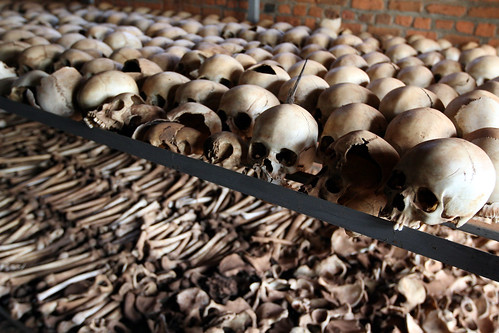 As I mentioned in my previous blog, while I will continue to offer video-blogs responding to questions that come in, I’m also planning on sprinkling in reflections based on my forthcoming book, Crucifixion of the Warrior God, over the next couple months. Today, I just want to state what I consider to be the real problem that violent divine portraits pose.

Most conservative evangelical approaches to this problem attempt to demonstrate that the sometimes horrifically violent depictions of God in the OT are not as brutal and as unethical as they appear. The best recent example of this approach is Paul Copan’s Is God a Moral Monster? (Baker, 2011). This was, in fact, the challenge I originally set out to tackle five years ago. The thing that caused me to abandon this approach, and the thing that eventually opened my eyes to a radically different approach, was that I came to realize that, while there is much to learn from Copan’s book and others like it, this is not really the problem followers of Jesus face as it concerns these violent portraits. The central problem is rather that the violent depictions of God in the OT aren’t consistent with God’s own definitive revelation of himself in Jesus Christ. This sets the bar above ethics.

In fact, inasmuch as the cross is the thematic center of everything Jesus was about, as I’ve argued elsewhere, the problem is that the OT’s violent divine portraits aren’t consistent with the revelation of a God who loves enemies and would rather die as a human for enemies rather than use his power to crush them, which is precisely what is revealed on the cross. Arguing that the violent acts of Yahweh in the OT meet the standards of ethics, even if the arguments are considered plausible, doesn’t accomplish much when it comes to addressing this problem.

But even this doesn’t capture the full depth of our problem, for Jesus taught us, and the Church has always confessed, that all Scripture bears witness to Jesus (Jn 5:39, 44-47; Lk 24:25-27, 32, 44-46). In this light, it seems to me we must accept that the real problem followers of Jesus face as it concerns the violent depictions of God in the OT is that we must show how they point to the cross. That is, our task is to disclose (say) how portraits of Yahweh commanding his people to “show no mercy” as they slaughter “everything that breathes” in the land of Canaan – including women, babies and even animals (e.g. Deut.7:2; 20:16-20) — point to the non-violent, enemy-loving, self-sacrificial God revealed on the cross.

The real challenge we face, I submit, is that we must interpret violent divine portraits in such a way that we can discern the self-sacrificial God revealed on Calvary within portraits of God declaring he will use Babylon his servant to smash together parents and children (Jer. 13:14), or of God planning to trample his own “Virgin Daughter Judah” like one crushes grapes in a winepress (Lam. 1:15), or of God bringing about a judgment in which babies would be dashed to the ground and pregnant women would have their wombs ripped open (Hos. 13:16).

That is the real problem. And as it concerns this problem, arguments to the effect that God’s merciless violence against people was justified, even if successful, achieve very little. If there is any hope of resolving this problem, I submit that it lies in adopting a completely different framework. What if we, like Paul, adopted a hermeneutic that reflected Paul’s attitude toward the Corinthians when he “resolved to know nothing… except Jesus Christ crucified?” Podcast: If the Biblical Prophecies are Flawed, Aren’t Those Prophets ALL False Prophets? August 30, 2017

If you want to hear Greg sweat, listen to him work through this really really good question. http://traffic.libsyn.com/askgregboyd/Episode_0200.mp3 Photo by Rex Boggs