Getting Honest about the Dark Side of the Bible 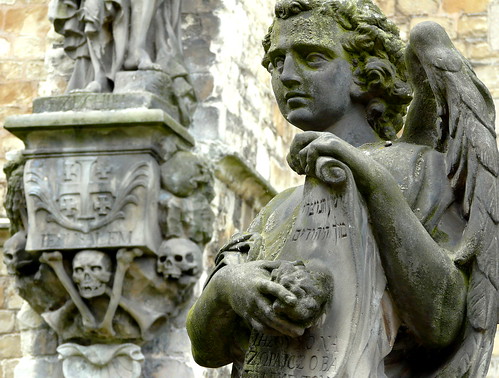 While most of the Bible exhibits a “God-breathed” quality, reflecting a magnificently beautiful God that is consistent with God’s definitive revelation on the cross, we must honestly acknowledge that some depictions of God in Scripture are simply horrific. They are included in what is sometimes called “the dark side of the Bible.” To give just a small sampling, we find God portrayed as doing things such as:

* …causing pregnant women to having their wombs ripped open and their children dashed on the ground (Hos. 13: 16)

* …refusing to allow any compassion to keep him from smashing parents and children together (Jer. 13:16)

* …telling Israelite men that, while everyone else in a region is to be mercilessly slaughtered, they may spare women they find attractive and marry them. However, if they later “find no delight in her,” they may turn them out on the street (Deut. 21:10-14)

In my forthcoming book, Crucifixion of the Warrior God, I have an entire chapter of material such this. It is not easy reading! Now, out of obedience to Christ, who consistently spoke of the Hebrew Bible as divinely inspired, and in solidarity with the historic orthodox Church, I feel obliged to confess all Scripture, including horrific material such as this, is “God-breathed” (theopneustos, 2 Tim. 3:16). At the same time, I believe it is also vitally important that we remain ruthlessly honest with ourselves and others and God about this material. How else can we describe material such as this as anything other than horrific, macabre, grotesque, and even revolting? If a portrait of God commanding people to slaughter babies and causing mothers to eat them doesn’t qualify as revolting, what would? If you found material like this in any other ancient or modern text, would you hesitate for a moment from labeling it as macabre, revolting, or some such phrase? If we are honest, we cannot deny it. So how does horrific material like what I just reviewed suddenly become less revolting by virtue of being found in our sacred text rather than someone else’s?

Not only this, but if we refrain from calling this material what it is and instead gloss over it in order to sound more pious, we are in effect condoning its violence. And as I mentioned in a previous blog, there is now a wealth of research demonstrating that violence in literature that is considered sacred is a powerful force in motivating religious violence. It can only be negated by being renounced.

I know it sounds impious to describe any of God’s inspired Word to be horrific or revolting, but I am actually in good company in speaking this way. No less an authority than John Calvin was willing to describe some of the portraits of God in the OT as “utterly barbaric,” “crude” and “savage” as he affirmed that God had to condescend to give such brute laws because his people’s hearts were so “hard,” “incorrigible” and “depraved.”[1] So too, Calvin admits that God’s command to destroy “everything that breathes” in Jericho “would have been savagery” (immanis) and would have been “a deed of atrocious and barbaric ferocity” (quad atrociter et barbara saevitia) were it not God who commanded it.[2] Elsewhere Calvin describes some of God’s commands and actions as “harsh,” “savage” and “barbaric’” (durum, immane, barbarum) as well as  “savage and fierce” (saevi et atroces), as involving “execrable savagery” (detestabilis immanitas), and as constituting a “barbaric atrocity” (barbara atrocitas).[3] I appreciate Calvin’s candor!

Of course, once we acknowledge that some portraits of God in Scripture are horrifically violent, it forces the question of how we can nevertheless continue to affirm this material as “God-breathed.” Calvin tried to resolve the dilemma by arguing that God accommodates himself to human sin and by insisting that God is not subject to our sense of morality.[4] This view is highly problematic for a number of reasons, not least of which is that it undermines the analogical basis of referring to God’s “goodness” and “love” etc. Unless what we mean by “good” as applied to God is analogous to what “good” means in other contexts, then the “goodness” we ascribe to God is devoid of content. The idea that God utterly transcends our moral categories also unwittingly ascribes to God a Nietzschian ethic in which morality is reduced to nothing more than the preferences of whoever is in power. If God says that it was “good” in a particular instance to cause pregnant woman to have their unborn children ripped out of their wombs, then in this view, it was in fact “good,” because he has the power to send you to hell if you disagree.

These problems with Calvin’s view aside, the more fundamental problem is that the dilemma we’re facing isn’t first and foremost about the clash between horrific portraits of God in Scripture and our moral intuitions. It’s rather about the clash between these portraits and God’s own self-revelation in the crucified Christ. On the cross he reveals his eternal nature to be self-sacrificial, enemy-loving, non-violent love. God is love (1 Jn.4:8), and this love is defined by the cross (1 Jn. 3:16). This love doesn’t seem compatible with God committing himself to mercilessly smashing families together, and that is the core problem. In fact, not only would we expect all material in Scripture to be consistent with what we learn about God in Christ, but on Jesus’ own authority as well as the uniform witness of Church history, all material in Scripture bears witness to Christ (Jn 5:39-45; Lk 24:25-278, 32, 44). It’s not self-evident how a portrait of God committing himself to mercilessly smash families together and causing parents to eat their children bears witness to Christ. That is the real problem, and nothing Calvin says has any bearing on this issue.

I will say more about this in blogs to come, and much more to say in my forthcoming book. For right now I will just leave you with this. I only began to discern a way to understand how horrific depictions of God in Scripture bear witness to the crucified Christ when I finally stopped trying to deny these depictions were horrific. So long as we try to tidy up, sanitize, minimize and piously gloss over material that we honestly know in our hearts is macabre and revolting, the best case scenario is that we will succeed at finding a slightly less revolting deity in these portraits than we initially found. This is what standard evangelical apologetic approaches accomplish, on a good day. It is in essence the approach I adopted five years ago when I began this present project. But I came to see that even the very best of these approaches are of no value when it comes to disclosing how this material bears witness to the self-sacrificial, enemy-loving, non-violent love of God on Calvary. And to make matters worse, all the while we are tidying up our macabre depictions of God, we are bearing some responsibility for the way this material continues to serve as a precedent for people to appeal to in order to justify their hatred and violence, as it has served throughout history.

As with all matters of faith, the place to start is by getting honest with ourselves, each other, and God by admitting the obvious. It was when I got to this point that the clouds began to lift and I began to discern that something else is going on in these horrific portraits that I hadn’t noticed before. So can we be honest? Can we agree that causing babies to be viciously ripped out of wombs, causing babies to be dashed on the ground, and causing mothers to eat them is horrific, macabre, and revolting, regardless of where the divine portrait is found, and regardless of the deity this behavior is ascribed to? As we admit this, let us hold fast to the conviction that this material, in all of its ghoulish detail, is “God-breathed.” And now begin to prayerful ask – how might this depth of depravity point us to the cross?

[1] For discussions of this material, see D. F. Wright, “Accommodation and Barbarity in John Calvin’s Old Testament Commentaries,” in Understanding Poets and Prophets: Essays in Honour of George Wishart Anderson, A. G. Auld, ed. (JSOT, Supp. 152: 413-27; Sheffield: Sheffield Academic Press, 1993), 413-27; item., “Calvin’s Pentateuchal Criticism: Equity, Hardness of Hart, and Divine Accommodation in the Mosaic Harmony commentary,” Calvin Theological Journal, 21 (1986), 33-50.  There is, of course, a “paradox” running throughout all Calvin’s work – shared by all other Calvinists – that the hardness that God must condescend to work through and that God ultimately punishes people for was all predestined.  But that issue is for another time. At the beginning of his Gospel John taught that “no one has ever seen God, but the one and only Son, who is himself God and is in closest relationship with the Father, has made him known” (Jn 1:18). He is claiming that, outside of Christ, no one has ever truly known God. In the… The Centrality of the Cross in Church History June 8, 2017

Some readers of Crucifixion of the Warrior God may be assuming that the emphasis I’m placing on the cross is unprecedented in church history. While I will not deny that the cross-centered approached to interpreting Scripture’s violent divine portraits is new, the fact that I’m placing the cross at the center of my understanding of… Podcast: What Did Jesus Say and Do During the 40 Days After His Resurrection? January 1, 2019