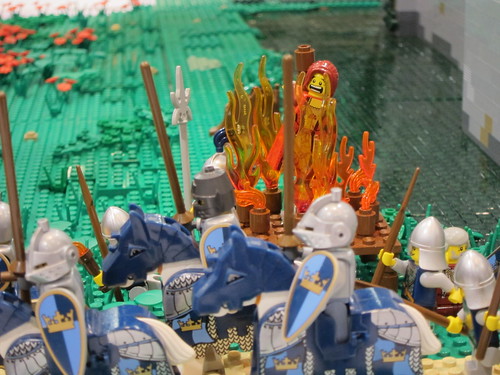 Richard Beck posted a blog today entitled It’s the Same God: On Marcionism, Creeds, Hermeneutics and War. You’re going to want to take the time to read through it in its entirety. Greg has been accused of Marcionism quite a lot as a result of the working out of his Cruciform Thesis. But while Marcion basically threw out the Old Testament, claiming that it portrayed a different God than Jesus shows us, Greg has insisted that the Old Testament is inspired, as Jesus clearly believed. So how do we resolve the tension between the portrayal of God we find in the Old Testament and the revelation of God we find in Jesus? That’s the hermeneutical conundrum that Greg has been working on for the last several years.

We’ll let you know when we have a publication date for Crucifixion of the Warrior God. It’s gonna be awesome! In the mean time, here’s a snippet from Richard Beck’s blog post.

We can see, now, the shape of the Marcion accusation toward pacifists. When pacifists pit Jesus against YHWH in the Old Testament they are of accused of Marcionism because, as the creeds tell us, “it’s the same God.” The assumption being that you can’t use Jesus to say that God is always, unequivocally against war. Because, clearly, God isn’t against war in the Old Testament. So God can’t always be against war because, again, “it’s the same God.” To suggest otherwise is to flirt with the Marcion heresy.

So that’s the argument. But I’d like to draw attention to the bait and switch going on.

The confessional statement “it’s the same God” creates rather than solves the hermeneutical problem. Greg considers whether Cruciform Hermeneutics is just a complicated way of seeing what I want to see in the text, and offers nuanced thought for our more complicated hermeneutical challenges.    http://traffic.libsyn.com/askgregboyd/Episode_0307.mp3 Many people imagine that the foundation of their faith is the Bible. This is viewed as the ultimate center around which everything they believe revolves. However, the foundation of the Christian faith is actually centered on a person, not a book. Whereas Islam has always presented itself as a “religion of the book,” the kingdom…

In 1969, 19 year old William Powell wrote the now classic The Anarchist Cookbook. He was very angry at the time that the US military was pursuing him to fight in the Vietnam War. It’s basically a “how-to” book on surviving a violent government action against its own citizens. Today William is on a very… Podcast: Why Take ‘Turn the Other Cheek’ Seriously and Not Divorce? September 6, 2017

Tags: Divorce, Pacifism
Do NOT follow this link or you will be banned from the site! Scroll To Top