The One True Image of God: God’s Self-Portrait, Part 4 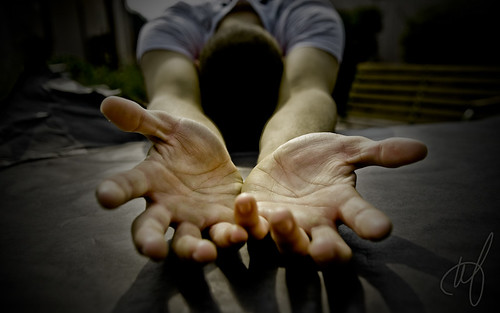 This point is emphasized throughout the New Testament because, if we don’t get this, we are left to our own imaginations about God, and we’ll draw from a multitude of different sources to construct a mental picture of God that will, to one degree or another, fall short of the beauty of the true God revealed in Christ.

For example, John calls Jesus the “Word” of God (Jn 1:1).  The Greek word translated “Word” (logos) refers to God’s self-revelation. And note that John says Jesus is the Word.  There aren’t many “words,” there is only one, and it’s the one who “was made flesh” in the person of Jesus Christ (Jn 1:14). So too, Jesus says he is “the way, the truth and the life” of God (Jn 14:6).  There aren’t many ways, many truths and many lives of God, only one, and it’s Jesus. This is why Jesus immediate adds, “No one goes to the Father except through me.” The only way to find the Father, to know the Father, and thus to experience LIFE from the Father, is through Jesus. John is thus saying that whenever people have found their way to God, have known God, and experienced life from God—including in Old Testament times—it has been through Jesus. (1) But only in the one in whom the “Word was made flesh” do we see this way, truth and life unambiguously revealed.

Going back to the first chapter of John, we must notice that he goes on to say that, “no one has ever seen God” but the “one and only Son, who is himself God…has made him known” (Jn 1:18). John often uses “seeing” as a metaphor for “knowing” (as we also do when we say things like, “I see your point”). Not only this, but it’s well known that John often uses words with dual meanings. So in this passage John is actually making the incredibly bold claim that, prior to the time when we could see the one in whom the “Word was made flesh” (Jn 1:14), no one really knew God! This is also why John preceded this verse by saying, “the law was given through Moses,” but “grace and truth came through Jesus Christ” (I Jn 1:17, emphasis added).  John is suggesting that the truth about God only came through Jesus! I suspect John is using hyperbole here, for he clearly believed that folks in the Old Testament who were under the law knew some things about God. But John is saying that, compared to what we know in Jesus, it’s as though folks who were under the law knew nothing. And notice, this also implies that there was an element of untruth in the way people knew God through the law. God accommodated the fallen state of people by relating to them through the law, but it largely concealed the true nature of God, his hypostasis (Heb 1:3), which is revealed in Christ alone.

Jesus made the same point when he dared to say that “no one knows the Father except the Son, and those to whom the Son chooses to reveal him” (Mt 11:27). Here again I have to suspect that Jesus is using a bit of hyperbole, for “no one” clearly covers everyone in the OT, yet Jesus clearly believed that those who were inspired by God to write the Old Testament knew some things about God. But compared to the way Jesus knows God and reveals God, it’s as though folks in the Old Testament knew nothing.

The incomparable way Jesus reveals God is also captured by Paul when he claimed that “all the fullness of God dwelt in Christ in bodily form” (Col 2:9).  He’s is saying that every aspect (“all) of everything that makes God God (“the fullness of God”) is present in bodily form in Jesus. We don’t find one aspect of God revealed in Christ: we rather find all of God that there is to know! So too, Paul teaches that Jesus is the “form” and “image” of God, which means there aren’t many “forms” or “images” of God, there is one, and it’s Jesus Christ (Phil. 2:6; Col.1:15). This is why Paul teaches that we who have unveiled minds can behold “as through a mirror… the knowledge of God’s glory in the face of Jesus Christ” (2 Cor 3:14-4:6).  As we saw in the last blog, Jesus is the “radiance of God’s glory” (Heb 1:3), which means that, just as you can’t look at the sun without seeing its light, so too you can’t look at God’s glory without seeing Jesus.  And this is why other New Testament authors remind us to always fix our spiritual eyes on Jesus, and on Jesus alone (Heb 12:2; Col.3:1-2). There is nowhere else, and no one else, to look to if we want to know what God is really like.

If we take this teaching seriously, it means we must never consider Jesus to be a revelation of God alongside others. It means it’s never appropriate to compromise what we learn about God from Jesus with portraits of God derived from the Old Testament, our life experiences, or any other religious authority. It means that Jesus is the definitive revelation of God that culminates, fulfills and surpasses all others. It means, in short, that when we imagine God, we must imagine Jesus.

How crucial it is that we resolve this simple but profound truth in our minds and hearts. If we have any images of God in our mind that contradict the beautiful picture of God we find in Jesus—dying out of love on a cross on behalf of his worst enemies—we need to immediately delete them! As Paul says, we need to “take every thought captive to Jesus Christ”—including every thought we have about God (2 Cor. 10:5).

(1). The fact that people in the Old Testament – including some non-Jews (see Heb. 11) – were saved demonstrates that Jesus wasn’t saying that only those who consciously know and believe in Jesus can be saved. For two good books on the salvation of people who don’t know Christ but who are nevertheless saved through Christ, see C. Pinnock, A Wideness in God’s Mercy (Zondervan, 1992), and J. Sanders, No Other Name (IVP, 1992).

Here’s a link to a sermon that lays all of this out. If you want to go deeper, this would be a great place to start.

Will Foster via CompfightJesus is God’s one, true self-portrait. The Search for a Non-Unique Jesus Built into the naturalistic assumption that drives the liberal New Testament search for the “man behind the myth” is the notion that, whoever Jesus was, he cannot have been utterly unique. The laws that operate in the world today, including the laws of human behavior, have always operated. And…