We’re in This Together: Unity and Disunity 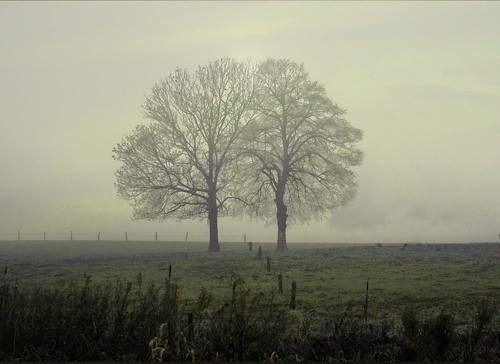 Christena Cleveland has been doing a series called Beyond Multiethnic on her blog for the last several weeks. It’s superb. In her introductory post, she states:

I’m excited about the booming interest in multiethnic/multiracial church, I really am. But racial/ethnic divisions are really just the tip of the iceberg; they’re often the most glaring divisions and the most difficult to justify.  But below the surface there are plenty of other divisions, that left uncrossed, tend to marginalize people, label them as outcasts and exclude them from a seat at the table of the family of God. We often strenuously cite theological support for these divisions. But regardless of what we believe the Bible says about certain behaviors, roles, identities or belief systems, we never have permission to dishonor the image of God in people. Never.

It’s easy to miss the small and big ways that various groups are marginalized in our churches, but the truth is that the call for unity and reconciliation goes way beyond the categories we generally think about. How do we welcome the marginalized in our midst? It’s a question that every church should be asking.

If you’d like to catch up on the series, you can find the posts below. So far she has covered the ways in which we can welcome the poor, undocumented immigrants and single adults. Check them all out and stay tuned for future posts!

Christena is the author of Disunity in Christ: Uncovering the Hidden Forces that Keep Us Apart. If this series strikes a chord with you, you really should check out this book. Christ came “to destroy the works of the devil” (1 John 3:8), to disarm “the rulers and authorities” (Col 2:15), and to “destroy the one who has the power of death, that is, the devil (Heb 2:14). The result of this victory is that he is seated on his rightful throne, the whole cosmos is…

H. Raab via Compfight If you want to read something today that is beautiful and challenging and unsettling, read this. D. L. Mayfield moved a couple of years ago with her husband and daughter from Portland to a diverse immigrant community in Minneapolis. They live a life of solidarity with the marginalized and oppressed. If you’re curious…

Our central job is not to solve the world’s problems. Our job is to draw our entire life from Christ and manifest that life to others. Nothing could be simpler—and nothing could be more challenging. Perhaps this partly explains why we have allowed ourselves to be so thoroughly co-opted by the world. It’s hard to…