The Cruciform Center Part 1: How Matthew, Mark and Luke Reveal a Cruciform God 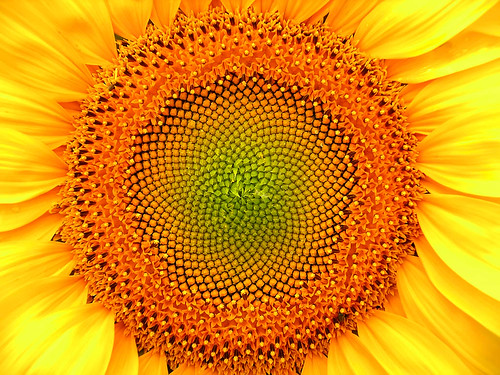 In the previous series of posts I’ve argued that a merely “Christocentric” approach to God is too general, as can be shown by the widely different conceptions of God people arrive at, despite their claim to be “Christocentric.”  The confession that Jesus reveals what God is like is simply too abstract, for it leaves too much room for people to impose a preconceived concept of God onto him. I’ve instead argued that the NT itself gives us a much more specific criteria for understanding God when it reveals that “God is love” (I Jn 4:8) while defining “love” by pointing us to the cross (I Jn 3:16). This, I contend, is the thematic center of everything Jesus was about. So, instead of adopting a “Christocentric” approach, I submit that we ought to adopt a “crucicentric” approach. As we shall see, this more specific perspective changes everything.

The cross-centered understanding of God that I’m proposing is both new and (therefore) controversial. As such, the burden of proof is on me to demonstrate its validity. So, over the next four blogs I want to demonstrate how the centrality of the cross is reflected throughout the NT. I’ll refer to this series as “The Cruciform Center.” In Part I, which is the remainder of this blog, I’ll how the Synoptic Gospels display a cruciform center. In Part II I’ll show this with regard to the Gospel of John. Part III will demonstrate the centrality of the cross in Paul, and, finally, Part IV will show how the cross is at the center of the Book of Revelation.

To begin, scholars have frequently noted that the Synoptic Gospels are structured around the Passion narrative. The New Testament scholar Martin Kahler isn’t overstating the case when he famously declared that  “…one could call the Gospels passion narratives with extended introductions.”[1] The narrative of these Gospels points forward to, and climaxes in, the revelation of Jesus on the cross. This conclusion is supported in four ways:

2.  As I mentioned above, the way Jesus redefined power points to a cross-centered understanding of power. He repeatedly stated that he had not come into the world to “be served, but to serve, and to give his life as a ransom for many” (Mt 20:28; Mk 10:45). This statement anticipates the kind of power revealed on the cross. Instead of self-promoting power that the devil offered in the temptation narratives (Mt 4:9; Lk 4:6), the Gospels define the power of God to be his self-sacrificial love.

3. Jesus’ commands and teachings reflect a cruciform ethic. He taught his disciples that the one who served is greater in the kingdom than the one who is served, and the last would be first and the first would be last (Mt 20:16, Mk 10:31, Lk 13:30).  So too, Jesus taught that the precondition for being considered a disciple is that one must be willing to “pick up their cross and follow [him]” (Luke 9:23).  And, most significantly, Jesus taught that his disciples were to love and serve people indiscriminately – like the rain falls and the sun shines, for this is how their heavenly Father loves (Mt 5:44-45; Lk 6:27-35). This is why Jesus taught that they were to love their enemies and to swear off all violence “so that [they] would be children of the Father in heaven” (Mt 5:45). He is teaching that disciples can only be considered children of the Father when they reflect his loving character, and it turns out to be the kind of character that finds its quintessential expression on the cross, when God suffered on behalf of all humans.

4. Finally, Jesus’ actions conform to his cruciform teaching. For example, the fact that Jesus dared to fellowship with those who were most harshly judged by the religion of his day and who were considered abandoned by God – the prostitutes, tax collectors and other sinners – clearly anticipates the cross, when Jesus fully entered into the God-forsakenness of all humans that results from sin.

It’s evident that for the Synoptic Gospels, Jesus’ life and teachings reflect the same character that is reflected in his self-sacrificial death. Everything Jesus was about ultimately expressed God’s enemy-embracing, self-sacrificial character. This is precisely what we should expect if Jesus reveals that “God is love,” and if love is defined by the cross. And this is why I claim that the cross functions as the thematic center of everything Jesus was about.

In the next post we’ll see that the same holds true of the Gospel of John, though it is expressed in slightly different ways. Open Theism and the Nature of the Future January 18, 2008