What Kind of God Did Jesus Reveal? 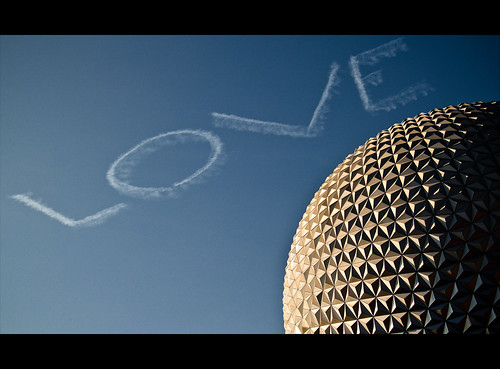 The ReKnew Manifesto exists to encourage believers and skeptics alike to re-think things they thought they already knew – hence our name, Re-Knew. I am currently working through the theology of the Manifesto in a series of posts that began a couple of months ago. Over the last few posts, we have been looking at the nature of the Incarnation and how Jesus emptied himself of the divine prerogatives like omnipotence, omniscience and omnipresence. This has led us to the question: If Jesus emptied himself of his these divine attributes, what divine attributes did Jesus retain that qualified him to be “fully God”? In fact, since we’ve seen that the NT presents Jesus as the definitive revelation of God, we must ask: What was the divine quality that Jesus definitively revealed? When Jesus said, “[w]hoever sees me sees the Father” (Jn 14:9), what exactly was it about the Father that Jesus was referring to?

The answer, I submit, is that Jesus was referring to the character of God the Father. Jesus embodied the character of God that is reflected in John’s famous proclamation, “God is love [agape]” (I Jn 4:8, cf. 16). According to this passage, God is not defined as absolute power, complete knowledge, or pervasive presence. He is rather defined as “love”—the kind of self-sacrificial love that was displayed on Calvary (I Jn 3:16). In the words of Deitrich Bonhoeffer, “Love…is the revelation of God. And the revelation of God is Jesus Christ.”[1] So too, on the basis of this passage Peter Kreeft comments:

In this light, it’s apparent that Jesus is “fully God” in human form because, as a full human, Jesus perfectly embodied the love that is God’s essence. When the author of Hebrews declares that the Son “is the exact representation of God’s being” (or “essence,” hypostasis, Heb. 1:3), this is what he is referring to. To become a full human being, the Son of God gave up the exercise of his omnipotence, omniscience and omnipresence, but he did not, and could not, surrender his loving essence. And it was this essence that was most perfectly revealed when Jesus stooped to the furthest extreme possible – become our sin and our curse – to redeem us.

If we allow the incarnate and crucified Christ to define God for us while embracing the Kenotic understanding of how the Son became a human, it becomes clear that the only attribute that defines God’s divinity is his love. That is, if Jesus was “fully God” without exercising his omnipotence, omniscience and omnipresence, then clearly God need not exercise omnipotence, omniscience and/or omnipresence to be God. One might of course argue that God must at least have the potential to exercise these attributes to be God. But it nevertheless remains true that Jesus’ self-emptying entails that the only thing God cannot stop exercising and yet be considered God is his essence-defining love.

This is obviously a radical conception of God, and it seems to me the Apostle Paul knew it. It is conveyed in his recognition that the cross is “a stumbling block (scandalon) to Jews and foolishness to Gentiles…” (1 Cor 1:23). The concept of a God whose essence-defining love led him to become powerless on a cross is foolishness to Greeks, the lovers of wisdom, because, like many today, they assumed God’s essence was defined by his otherness, transcendence, power, control, and freedom from feelings (apatheia). And the cross is a stumbling block to Jews because they assumed God’s messiah (the Christ) would come in power and lead them into victory over their enemies. It was therefore scandalous to accept a messiah who chose to be crucified at the hands of Israel’s enemies rather than to vanquish them with his divine power. As with the Greeks, the apparent weakness of the cross clashed with their pre-conceived ideas about God. Like many today, they defined God in terms of how he favors “our” nation, “our” causes, and stands against “our” enemies.

By contrast, Paul saw the cross as the quintessential expression of the “power of God and the wisdom of God” (1 Cor 1:24). By redefining God’s essence as self-sacrificial love, Paul essentially redefined both God’s power and wisdom in ways that look weak and foolish to the natural mind.  In place of the metaphysical understanding of omnipotence as the sheer power to control everything, and instead of the metaphysical understanding of wisdom as the sheer ability to know everything, Paul understands the essence of God’s power and wisdom to be nothing other than the power and wisdom of his self-sacrificial love. Yet, to people who retain their preconceived notions of God, this kind of power and wisdom can only appear weak and foolish.

The implications of the precedent that Paul has set are enormous, I believe, for it means we have warrant for rethinking everything we thought we knew about God in light of the cross. The problem is that theologians have most often adopted the opposite approach. Rather than allowing Jesus to redefine God, they have tended to start with a pre-understanding of God— including a pre-understanding of his omnipotence, omniscience, and omnipresence—and have then tried to superimpose this onto the Incarnation and the cross. In my estimation, this approach has produced a multitude of unnecessary conundrums, such as the “paradoxes” (or contradictions) of how Jesus, as one person, could be simultaneously omniscient and non-omniscient, omnipotent and non-omnipotent and omnipresent and non-omnipresent. Even more seriously, this approach has tended to cloud the centrality of the breath-taking self-sacrificial love in the revelation of God in the Incarnation and cross.

If we instead center all our thinking about God from beginning to end on the incarnate and crucified Christ, I believe these conundrums can be avoided while the essence-defining love of God is given the central place it deserves.