The Church & Racism in America 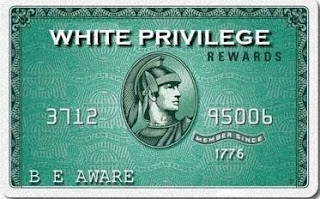 Over the weekend, tapes were released that revealed some shocking racists statements attributed to the owner of the Los Angeles Clippers. President Obama has commented. Sports analysts have opined. Coaches and players in the NBA are understandably disgusted and overwhelmed by it all.

What should the church say at a time like this?

The following is a passage that Greg wrote a few years ago that was never published in this form:

While I’ve always had a heart for reconciliation (I was raised by an anti-racist father), I now realize that my perspective on the world was entirely white. I had acquaintances that were non-white, but no deep friendships that enabled me to get on the inside of a non-white experience of the world.

Fortunately, over time I developed such friendships, and they (along with a good bit of reading and a number of workshops on reconciliation) began to open my eyes to a reality I wasn’t previously aware of. I’ve gradually come to see that there’s an invisible hierarchy of privilege that I, as a white, person sit on top of. The hierarchy is structured by a myriad of invisible walls that people further down the hierarchy have to contend with but that I, as the person at the top of the hierarchy, am free to hover above. (Diagram from Myth of a Christian Religion, page 120)

In what follows I want to discuss how the pyramid came to be, how it privileges whites, the nature of the walls many non-whites have to contend with, and how this whole structure is used by the principalities and powers to keep the American Church from manifesting the “one new humanity in Christ.”

I know we Americans are supposed to believe that this is the land “of equal opportunity” and while there are no longer any external legal constraints barring anyone from pursuing their dream, in reality, the slogan is simply false.

The fact is that America was conquered (not “discovered”) by white Europeans. The culture they established was therefore a culture run by them and for them. They were exclusively at the top of the culture’s pyramid of power.

Not only this, but the whole enterprise was grounded in an assumption of white superiority. African Americans, Native Americans and all other non-white groups were explicitly viewed as inferior, which is how whites justified enslaving, abusing and slaughtering them – all in the interest of strengthening and advancing the allegedly superior white culture and buttressing the pyramid of power whites enjoyed.

Of course, over a painfully long period of time, this explicitly racist mindset has lessened. With the civil rights movement in the 50’s and 60’s, most explicitly racist laws were done away with. But the pyramid of power that structures the social system of American culture largely remains. Because the explicit laws that enforced the pyramid are gone, it’s much more subtle than it used to be. Non-whites definitely have more opportunities than ever before. Yet, the pyramid is still present.

In my view, if the church in America is going to get better at manifesting the “one new humanity” of the Kingdom, the on-going power and injustice of this pyramid has got to be acknowledged, especially by the one’s who are its benefactors: white people like me. It is this pyramid that the “principalities and the powers of the air” have used, and continue to use, to keep whites and non-whites as well as different non-white ethnic groups divided. And so the main challenge for Kingdom people in America is to acknowledge and then deconstruct this pyramid.

Yet the main obstacle to acknowledging and deconstructing this pyramid is that the white folks who sit at the top tend to be the last one’s to realize where they’re sitting. It’s hard to know what you don’t know. For us white folks to begin to wake up to what we don’t know, the first thing we’ve got to do is humbly acknowledge that what we think we know may not be all there is to know.

If you don’t think the world is filled with injustice, it might be because you’re at the top of the food chain. Greg looks at how viewing events through the eyes of love removes the apparent tension between justice and mercy. Today’s episode is sponsored by Reknew Vampire Repellant—a super-charged can of butt-kick for a blood-sucking world. http://traffic.libsyn.com/askgregboyd/Episode_0121.mp3