Is the Bible a Legal Textbook? 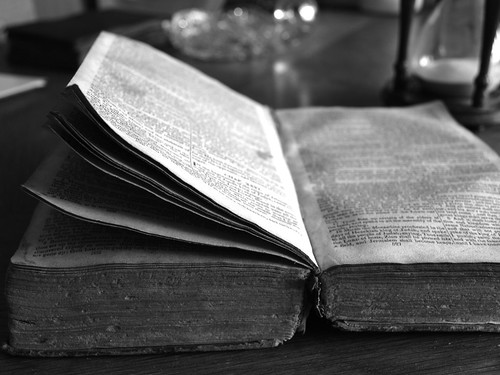 Too much theology treats the Bible as if it were legal textbook. In the following except from Benefit of the Doubt, Greg addresses the problems when we approach theology and Scripture this way.

Incidentally, if you like these excerpts we’ve been posting from Benefit of the Doubt, you’re not going to want to miss tomorrow’s post. We’re going to be giving away some copies of the book as part of a promotion we’re doing. Stay tuned! Also, Frank Viola posted an article yesterday entitled 7 Reasons Why Christians Abandon the Faith, and he recommends Benefit of the Doubt in one of his points.

One more thing I’d like us to notice is that when Christians try to answer these sorts of legally framed questions, they typically do so by appealing to particular verses. It is, of course, appropriate and necessary to respond to questions by appealing to Scripture. But when we pose our questions in a legal way, we inevitably end up using the Bible in a legal manner—that is like a legal textbook. …

Not surprisingly, people often find that for every list of verses they’ve compiled to answer a question one way, someone else has compiled a different list to answer the same question a different way. A classic example is the…issue of eternal security. There are about an equal number of verses that people appeal to in order to prove that people can or cannot lose their salvation.

This is why debates that are framed within the legal paradigm of theology are often exercises in futility. Each person cites the list of verses that each think supports their side of the debate. Then, like two lawyers sparring in a courtroom over legal precedents that support or refute their respective cases, each offers alternative interpretations of the other’s verses, followed by a refutation of their opponents alternative interpretations, followed by a refutation of each other’s refutation, and so on.

Done in the right spirit, debates like this can be educational and fun. Unfortunately, the spirit with which they are often conducted is closer to the atmosphere of a courtroom. And far from being fun, in conservative circles this is the standard method used to differentiate orthodoxy from heresy and, on “doctrines necessary for salvation,” to differentiate the saved from the lost. …

One almost gets the impression from this line of questioning and arguing that God’s primarily concern was to form a kingdom of the world’s most competent lawyers. So he inspired the Bible to serve as a textbook of legal conundrums to separate the sharpest legal wits from the incompetent, with the latter group becoming fuel for hell’s fires. (119-120) When God came to rescue us through the Incarnation, the cross and the resurrection, he did a great deal more than merely provide a way for us to avoid the consequences of our sin. In other words, it is more than getting a ticket to heaven. He defeated the enemy that held us in bondage,…