The Case for Including Open Theism Within Arminianism 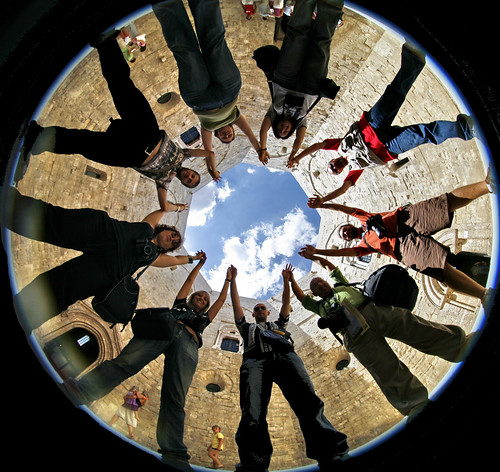 Here is an excellent post by my good friend Roger Olson in which he makes the case that Open Theism should be embraced by Arminians as an orthodox, if somewhat non-traditional, form of their faith. In fact, Roger argues (rightly in my opinion) that Open Theism is much closer to the “heart” of Arminianism than is Molinism.

I would like to add one thing to Roger’s insightful essay. My friend Tom Luckashow has amassed a wealth of evidence that demonstrates that many early Arminians, especially among the Methodists, were Open Theists (though they of course didn’t identify themselves with this label). Tom has graciously made copies of every one of his findings, and the material stands in a stack over three feet tall! Beyond showing that Open Theism is not nearly as recent as most seem to believe, this material demonstrates that, while this view was vigorously debated at various times from the early 17th century up through the early 20th century, the orthodoxy of Open Theism was never questioned by other Arminians, at least so far as we’ve been able to determine.

One significant indication of the prevalence of Open Theism among early Aminianism is John Owen’s famous book, A Display of Arminianism (1642). At one point Owen, a staunch Calvinist, argues against an early 17th century Arminian named Covinus by saying that he and his camp “affirm that God is said properly to expect and desire divers things which never come to pass.”[i] Another early 17th century Arminian that Owen argues against is Conrad Vortius, whom Owen sarcastically describes as a ”great prophet” among Arminians and as one of “their chiefest patriarches.” Owen says Vortius believes “[t]hat God oftentimes feareth, that is, suspecteth…and prudently conjectureth, that this or that evil may arise.” Owen also describes those who believe along the lines of Vortius as espousing the view that, “God doth often intend what he doth not foresee will come to pass” and that “the hope and expectation of God is deceived by man.” Owen goes so far as to grant that “the strength of their strongest argument lies in this, that God hoped and expected obedience from Israel” –an expectation that failed come to pass.

While we haven’t yet been able to track down the original references of Covinus and Vortius, we have the original writings of a multitude of others who espouse the Open View, or something quite like it, and who indicate this view was not rare in Arminian circles and was not viewed with any suspicion. One particular noteworthy advocate is Samuel Fancourt who defended this view in a dozen or so books and tracts in the mid-17th century. There were numerous essays and books – several of which are massive — written to refute Fancourt’s stance, and they in various ways indicate that this view was widespread and (to their chagrin) accepted as a viable option by Arminians. The same is true of a half dozen essays defending or interacting with the Open View in The Arminian Magazine between 1780 and 1785. Significantly enough, the founder and editor of this magazine was none other than John Wesley.

There were numerous defenders of the Open View throughout the 19th century as well. For example, it was brilliantly defended in the Memoirs of Billy Hibbard, a highly revered early 19th century Methodists circuit preacher. An even more famous defender was L.D. McCabe, president of Oberlin College, who wrote two works on the topic in the last quarter of this century. His work was challenged by a multitude of others, and while these debates were lively, we have found no evidence that any Arminian questioned McCabe’s orthodoxy. On top of this, Tom Luckashow has found a dozen or so entries in a journal entitled The Microcosm: The Organ of Substantial Philosophy that further demonstrates that the Open View was prevalent and widely accepted in Arminian — and especially Weslyan — circles in the 1880’s. And, finally, T.W. Brents’ work, The Gospel Plan of Salvation, published in 1874 and widely used as a theological textbook within the Restorationist movement (Disciples of Christ) throughout the latter part of the 19th century, makes the Open View a foundational aspect of his theology. We again find contemporaries pushing back on his view, but to date, we find no one calling Brent’s orthodoxy to account on this basis.

These findings (and by the way, Tom and I feel we are thus far just scratching the surface!) demonstrate that, not only is it arbitrary for contemporary Arminians to resist embracing Open Theism, as Roger argues, it is also against their own tradition. With Roger, I believe it is time for Arminians to return to the irenic spirit of their tradition. Open Theists share the “the heart” of Arminianism, especially as it concerns the loving character of God. We simply believe that, when worked out consistently, core Arminian convictions, as well as a wealth of biblical material, implies that the future includes unsettled possibilities that will only become settled facts – and thus known by God as settled facts – when free agents transition them into facts by their free decisions.