The Incarnation as an Example of Cross-Cultural Love 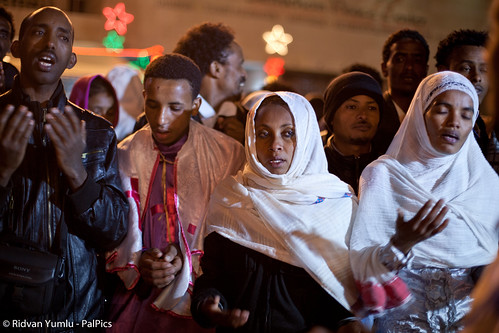 Beautiful Faces of Palestine via Compfight

Christena Cleveland wrote an excellent piece about the radical cross-cultural nature of the incarnation.  I’ve never thought of it quite this way before, but the incarnation is the most profound instance of entering into another culture in a selfless way. Moving outside of our “cultural comfort zone” to more deeply understand others who are different than we are is a true mark of disciples following the example of our Master. What would it look like to really make ourselves vulnerable to the worlds around us that are strange or unfamiliar? Let’s find out.

Here’s a snippet of Christena’s article:

If Jesus had wanted to stick to his cultural comfort zone, to be perfectly understood by those around him, to only spend time with those who spoke his language and shared his worldview, he never would have come to earth. By temporarily leaving the celestial community of the Trinity (the purest, most cohesive, most supreme cultural group ever) to embody humanity and commune with us, he inaugurated a world of cross-cultural relationships, proving that he can empathize well across cultures. Tags: Bible, Cruciform Theology, Heresy, Jesus, Non-Violence, Old Testament, Violence
Topics: Interpreting Violent Pictures and Troubling Behaviors
Do NOT follow this link or you will be banned from the site! Scroll To Top