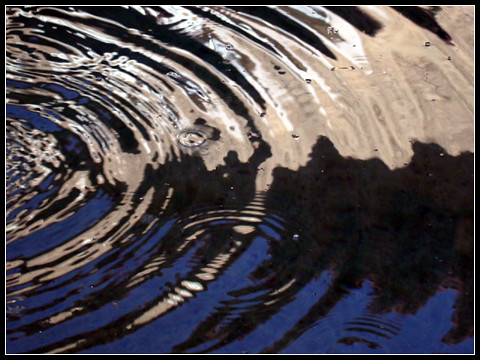 As we’ve discussed, the four Gospels point to a cruciform revelation of God (click here and here for a review), but what about the most widely read writer of the New Testament? What did the Apostle Paul have to say about how the cross reveals who God is?

I stand in agreement with T.F. Torrance, Jürgen Moltmann and others who argue that everything Jesus did forms a unity and has soteriological significance. From the Incarnation to his life and teachings to his death, resurrection and ascension, Jesus is the one and only Word of God who reveals the true God and who reconciles us to the true God. The only element I would add to this is that, while everything Jesus was about reveals God and reconciles us to God, the cross constitutes the quintessential expression of the character of the God who reveals himself and of the way God reconciles us to himself.

Turning to Paul, I’ll first note that we can clearly discern the centrality of the cross in Paul ‘s thought in Philippians 2:6-11. This early Christian hymn focuses on the character of the Son of God whose attitude Paul says we are to emulate (Phil.2:5). Paul begins with a statement of the full divinity of Jesus: he possesses “the very nature of God” and “equality with God” (vs 6). He then explains how the Son “emptied himself” (keno, NAS) by “taking the very nature of a servant” (vs 7). Yet, the road of humble self-emptying that Jesus had embarked on reached its zenith when Paul declares that Jesus “humbled himself by becoming obedient unto death, even death on a cross” (vs.8).

It’s apparent that the self-emptying of God wasn’t completed with the Incarnation. The most decisive expression of the Son’s self-sacrificial character happened when he was obedient even to the point of dying on the cross. As Gordon Fee notes; “Here is where the one who as ‘equal with God’ has most fully revealed the truth about God: that God is love and that his love expresses itself in self-sacrifice.”[1]  As I noted in an earlier blog, on the cross God went to the furthest extreme possible – to the point of becoming his very antithesis. And since the quality of love is revealed by the quality of one’s sacrifice, the cross constitutes the unsurpassable revelation of the perfection of God’s love. As Paul says elsewhere, “God demonstrates His own love toward us, in that while we were yet sinners, Christ died for us” (Rom.5:8).

The centrality of the cross is evident in Paul in a number of other ways as well.

1. A number of New Testament scholars have demonstrated that Paul’s epistles contain a number of passages that briefly summarize his understanding of the Good News. What is most interesting about this for our purposes is that the cross, confirmed by the resurrection, forms the heart of every one of them (e.g. Gal 2:20; Col 2:10-15).[2]

2. The cross is so central to Paul that he sometimes speaks as if it’s the total content of the Gospel. So, for example, Paul several times speaks of those who oppose the Gospel as enemies “of the cross” (Phil. 3:18, cf. Gal 6:12). The same identification of the gospel with this event is evident when Paul tells the Corinthians that he and his apostolic team “preach Christ crucified” (1 Cor 1:23). So too, a few verses before this we find Paul using “the Gospel” and “the message of the cross” interchangeably (1 Cor 1:17-18). Given this identification, we ought not be surprised when we find Paul in the following chapter confessing to the Corinthians that he “resolved to know nothing while I was among you except Jesus Christ, and him crucified” ( 1 Cor 2:2). The statement presupposes that everything Paul had to teach is summed up in the message of the cross.

3. The centrality of the cross in Paul’s theology is reflected in a number of other ways as well. For example, the cross is the means by which the devil is defeated and the creation set free from his oppressive reign (1 Cor. 2:8; Col 2:14-15). The cross also is the means by which humans are reconciled to God (Rom 5:10), reconciled to each other (Eph. 2:16), made righteous (Rom 5:19) and transformed and empowered to live in Christ (Rom.6:6; 2 Cor 13:4). In fact, in what is perhaps the most extreme cross-centered statement in the New Testament, Paul declares that it the way God was able to “reconcile to himself all things, whether things on earth or things in heaven” was “by making peace through his blood, shed on the cross” (Col.1:20). For Paul, everything God wanted to accomplish is accomplished by the cross.

4.  For Paul and other New Testament authors, the cross also sets the ultimate ideal that followers of Jesus are to emulate.[3] For example, Paul commands us to imitate (mimetai) the example given to us by God, in Christ, by walking “in the way of love, just as Christ loved us and gave himself up for us” (Eph. 5:1-2, emphasis added).[4]  In fact, what it means to be a disciple of Jesus is, most fundamentally, that one is “crucified with Christ” (Gal 2:19-20, cf. 5:24, 6:14), which implies, among other things, that one imitates Jesus’ loving, cruciform lifestyle. Essentially the same thing is expressed in the NT’s many injunctions to imitate, and even participate in, Christ’s sufferings (e.g.Col 1:23), his humility (Phil.2:5-11); his poverty (2 Cor.8:6) and his loving, non-violent response to persecution (1 Pet2:22-23). In keeping with this, Paul saw his own persecution and suffering as participating in the offense of the cross (Gal. 6:12).  And in this light, it is no surprise that Paul declares that he has nothing to “boast “ in “except the cross of our Lord Jesus Christ, by which the world has been crucified to me, and I to the world” (Gal. 6:14).

5. Finally, many scholars have noted that the cross fundamentally transformed the concept of God for Paul and the communities he established. For example, in contradiction to the coercive and controlling power that pagans – and sadly, most Christians – have always ascribed to God, Paul declared that the crucified Christ was “the power of God” (1 Cor 1:18).  He is in essence saying that God’s power – his “omnipotence” – is expressed when Christ offers himself up to be crucified out of love for his enemies.

Neil Richardson underscores the significance of this when he notes that Paul’s identifying of God’s “power” with the weakness of the cross constitutes “not only a new language about God, but also a new understanding of God.”[5] So too, Dieter Georgi observes that the way in which Paul and his churches made the cross central to their understanding of God reflects “more than a shift in their understanding of themselves and of God…. [t]he very essence of the matter is changed: it is God who has been transformed.”[6]  In fact, he argues that the revelation of God on the cross in Paul’s theology “stands [the classical conception of] God on the head.”[7]

I suspect that it’s precisely because the revelation of God in the crucified Christ is so beautiful and so radically unexpected that the vast majority of theologians throughout Church history haven’t been able to embrace it. Instead, most continued to ascribe the same attributes to God that pagan philosophers ascribed (e.g. atemporality, pure actuality, immutability, impassibility). I submit that the time has come to give the cross its proper place in our thinking, which is the place it has in the New Testament. It is, I am arguing, the center of everything!

In the next post we’ll look at the central role the cross plays in the book of Revelation.

[4]  Many scholars argue that Colossians and Ephesians were written not by Paul but by disciples of Paul. Whether this is true or not, it doesn’t affect the divine authority of the text. For this reason, I continue to follow the tradition and ascribe the authorship of these and other disputed works (e.g. the pastoral epistles) to Paul.