“Whatever it means, it cannot mean that.” 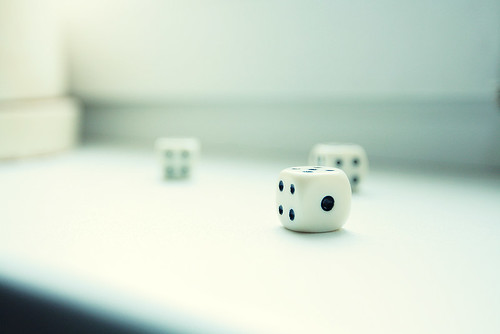 Roger Olson wrote a great article a couple of days ago entitled Why (High) Calvinism Is Impossible. He points out that there is no way to understand God as “good” while also believing in double predestination. The idea that God predestines some to heaven and a vast majority to hell for his “glory” apart from any choices a person may make is diabolical. And as Wesley points, whatever Romans 9 means, it cannot mean that. Olson states:

Every devout, evangelical Christian believer I have ever met or heard of approaches Bible reading and study (including exegesis) with the assumption that the Bible is true (even if not strictly inerrant)—that it does not misidentify God and God’s will for us. But built into that assumption is that God, the Bible’s author (by inspiration of the human authors) is good (which is why he is trustworthy and cannot deceive). But belief that God “designs, foreordains, and governs” hell for the reprobate who are chosen by God for hell for his glory without regard to any truly free choices they make undermines belief in God’s goodness. So does belief that God “passes over” some he could easily save (because election to salvation is unconditional and saving grace is irresistible), damning them to hell, for his glory.

There is no conceivable analogous human behavior that we would call “good.” The very concept of “good” rules out such behavior. (To say nothing of Jesus’ own goodness and the New Testament’s commands for us to love our enemies and do good to them.)

Greg has written a great deal on interpreting Romans 9. Here’s a short snippet from one of his posts on this topic:

Finally, while we’re talking about these things, Benjamin L. Corey recently posted a blog entitled 5 Reasons Why Calvinism Makes Me Want to Gouge My Eyes Out.  He sums up his feelings about double predestination a bit more personally.

Case in point: if I get to heaven and find out that my beautiful daughter Johanna is in hell and that she’s in hell because God chose her before the foundations of the world to burn for all eternity, I won’t be able to worship him in good conscience. Perhaps I would bow down out of total fear, but I would NOT worship him because he was holy, beautiful, and “all together wonderful” as Boyd often describes him. Instead, I would bow down because he would be a sick and twisted god who scared the crap out of me. Image by Katie Tegtmeyer via Flickr Suzanne was angry, to say the least. Since her early teens, her only aspirations in life were to be a missionary to Taiwan and to marry a godly man with a similar vision, and she prayed daily about these. She went to a Christian college and, quite miraculously, quickly met…