On the Language of “Revolution” 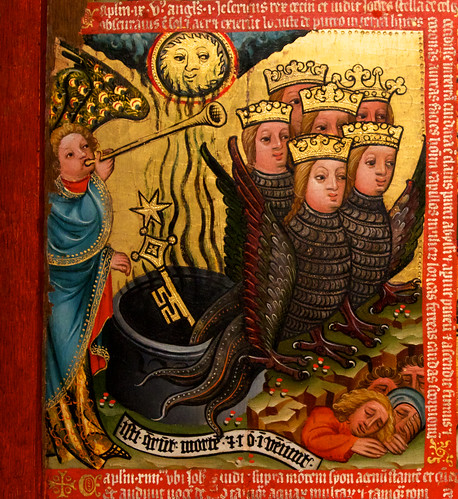 Question: The banner of your website and the thrust of much of your teaching focuses on “revolution.” While I can see a radical call in some of the sayings of Jesus, especially if he were addressing upper-middle class North Americans, I wonder if attaching revolutionary language to his teaching seems a stretch. He did not join with the Zealots of the day. He said to his captors, “Am I leading a rebellion, that you come at me with clubs and swords?” Revolutionary culture is connected with all sorts of movements, many stemming from the Enlightenment and communism that seemed to embrace ideologies of autonomy and methodologies of violence. That seems to conflict with the spirit of your own communitarian and pacifist teachings. Could you explain why you use revolutionary language?

Answer: I understand your concern about the world’s association of revolution with violence and social upheaval etc.  Jesus’ kingdom certain wasn’t that. At the same time I think that the Kingdom inaugurated by Jesus was far MORE revolutionary, not less, than common examples of revolution, whether the American, French, or Russian. Everything Jesus did revolted against aspects of the culture and creation that weren’t consistent with God’s will, and thus revolted against the principalities and powers that (in a first century apocalyptic context) were believed to be behind those aspects of society and creation. And he revolted, ultimately, by not only refusing to hate his enemies, but instead to love and bless his enemies, which is the opposite of the world’s way of revolting. So I want to reclaim the most radical “revolt” word we have available and redefine it within the kingdom. This word is revolution.

The same objection has been raised about my “spiritual warfare” language, and I give the same response, since warfare language permeates the Bible, including the NT.

The Bible has a great example of using revolution/warfare language and turning it on its head to mean the opposite of what it means in the world. It’s found in the book of Revelation. John employs dozens of violent symbols from the OT and apocalyptic literature of his day and he turns them on their head to mean the opposite. [I’m in the middle of preaching a six week series on Revelation right now]. So I feel there is biblical warrant for doing the same today.

For more on the topic of revolution, see Greg’s book Myth of a Christian Religion: Losing Your Religion for the Beauty of a Revolution.  This book introduces 12 ways that the revolution should stand against the principalities and powers of the world.

For the sermon series that was the precursor to this book, click here.

For the recent sermons from the series Rescuing Revelation where I outline how God takes revolutionary language and turns it on its head, click here. On Mental Illness and Jumping from a Burning Building April 9, 2013

seyed mostafa zamani via Compfight Ann Voskamp wrote this piece in the wake of the suicide of Rick Warren’s son. It’s disheartening to hear so many thoughtless and cruel comments by other Christians when tragedies like this strike. But here is a voice of knowing and compassion. Here is love. From Ann’s blog post: I…