The Lessons of Job 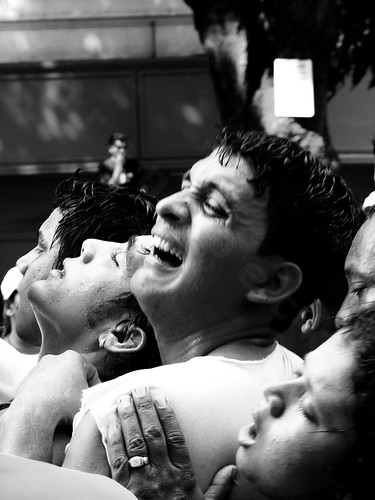 In his book Benefit of the Doubt, Greg argues that the lessons of the book of Job reassure us that God does not lie behind suffering, but he rather is a trustworthy friend who can handle our doubt and pain. If you’re in the midst of grief or suffering, we hope these words will bring you both comfort and courage.

This inspired epic poem doesn’t explain why some people suffer and others do not, but it offers a singularly profound insight into why we ultimately can’t know the reason why. It’s not that God acts arbitrarily, as Job thought. Nor is it that people get what they deserve, as Job’s friends thought. Rather, good and evil and everything else unfold with apparent randomness because the causes that factor into what comes to pass flow out of a cosmos that is unfathomably vast and complex; a cosmos that includes a heavenly realm that sometimes influences events, as it did Job, but that we are not privy to, and a cosmos that is perpetually under siege by powerful hostile cosmic forces, represented by Leviathan and Behemoth.

More importantly, for our purposes, this inspired poetic drama also provides us with a poignant illustration of what it means to have an “Israelite” faith that honors God. It’s not a faith that is centered on right beliefs and pious language. And it’s certainly not a faith that focuses on feeling secure and worthwhile by convincing ourselves that we’re right. It’s rather a faith that is grounded in authenticity and that is therefore unwilling to sweep questions, doubts, and complaints under a pious rug to avoid the pain of cognitive dissonance. It’s a faith that is not afraid of going to the mat with God. (89-90)

We’ve got some exciting news for you. Starting next month, ReKnew will be sending out a monthly e-newsletter to those who are interested in getting a little something extra from our ministry. We’ll be including a personal video message from Greg in each issue as well as other news and updates. If you’re interested in receiving… Greg has recently returned from a three week trip in Europe, and today he shares stories of how the Kingdom message of a Jesus-looking God, radical love and non-violence is truly spreading all over the world. You can view the full sermon here: http://whchurch.org/sermons-media/sermon/god-in-the-gallows One of the things that Christians typically believe in and that I’ve struggled with a great deal is the concept of faith. Like most Christians, I once assumed a person’s faith is as strong as that person is certain. And, accordingly, I assumed that doubt is the enemy of faith. That is, after all, how…