What About the Contradictions Found in the Gospels? 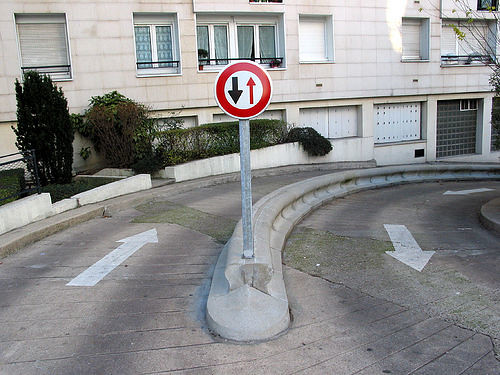 It’s quite common for people to question the veracity of the Gospels because there are contradictions between them. In fact, an interaction between Steven Colbert and Bart Erhman, a scholar who makes a big deal of these contradictions, has become quite popular. While Colbert’s comedic response is entertaining, we must say more. And Greg has done just that over the years. Here is an excerpt from his book Letters from a Skeptic in response to his dad’s question, “Aren’t the Gospels full of contradictions?”

It is also true that the order of events in all the Gospels varies a great deal, but I again don’t see this as diminishing their credibility. Dad, the Gospels are not trying on every point to just give biographical information on the life of Jesus. They were not written to satisfy historical curiosity. They were written to save people by bringing them into a relationship with the Savior. They are each painting a portrait of the historical Christ—an “impressionistic painting,” if you will—and they rearrange material to fit the theme of their portrait. …

None of this, I argue, diminishes the Gospel’s general reliability. All the historical works of this time period were written in just the same fashion. It only means we can’t know for sure the exact order in which the events of Jesus’ life took place (though a general order is certainly discernable). But what difference could this information make?

The same may be said of the words of Jesus. The Gospels vary a good deal on what exactly Jesus said, and when exactly He said it. But this just shows that the writers were not 20th Century people concerned with the exact wording of things. They paraphrase Jesus in their own words to bring out the meaning which they feel their audience needs to hear. This simply shows how rich the teachings of Jesus were. The Gospels do what no “snapshot/tape recording” account of Jesus could ever do: They bring out the theological and personal significance of His life and teachings for readers. …

Almost all of the alleged “contradictions” in the Gospels are the result of people misusing the Gospels, viz, treating them like 20th century works which work under a “snapshot/tape recording” criteria of truth. But if they are read in accordance with their first-century context and the purpose for which they are written, the “contractions” disappear. Not because they are explained away, but because they instantly become totally irrelevant.

There’s a lot [the Gospels] don’t’ tell us which, perhaps, our historical curiosity would like to know. But they nevertheless tell us all that we need to know and thus force us to answer an all-important question: Who was Jesus Christ? And with this question comes a decision: Was He a lunatic, was He a liar, or was He the Lord His followers proclaimed Him to be? (109-111)

So, this is the time of year when we all look back at the year that is passing and look ahead to the new year in front of us. If you’re considering a New Year’s resolution, we wanted to make a tiny suggestion for your consideration. Greg has been fleshing out the ReKnew Manifesto in his…

Sarah (Rosenau) Korf via Compfight Here’s a challenging reflection on Ash Wednesday and the beginning of Lent by Kurt Willems. He notes that Lent is a season where we choose to starve ourselves of our little idols in order to join Jesus in the desert, and he lists several benefits of this particular kind of… Greg Loves Questions. In his best selling book Letters from a Skeptic, he responds to questions from his father, who was then an atheist. Tomorrow Greg will be hosting a AMA (Ask Me Anything) on Reddit.  We hope you can join us! Here is an adaptation of one of Greg’s responses to a question from…