Is Racism Still a Problem? Does the Church Care? 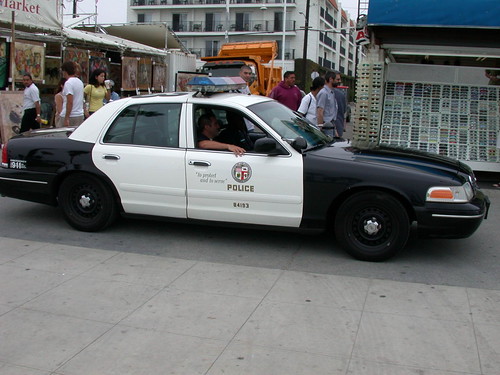 On Friday, we posted a piece by Greg on the importance of racial reconciliation in the Kingdom of God. (Click here to read it.)  This is a part of the Synchro blog for MennoNerds on Race.  Watch this video for more on the topic.  The following is an illustration taken from an early draft of a chapter on this topic in Greg’s book The Myth of a Christian Religion.

Several years ago I was listening to a Christian radio talk show that was discussing the issue of “racial profiling.” It was in response to a study that demonstrated that in Minnesota (the liberal North!) black men were much more likely to be stopped in their cars by police than white men. The white host of the show expressed his opinion that the study had to be flawed and that racial profiling is very rare. He then took calls from the audience.

The arrogance of the talk show host amused me. But the next half hour of call-ins left me dumbfounded.

One caller early on identified himself as African American. He gave two examples from his own life of being pulled over and questioned by police for no legitimate reason. Not surprisingly, while he said he believe most white police officers were fair and that few are consciously racist, he nevertheless believed racial profiling was a problem in the police force.

All the remaining callers identified themselves as white, and without exception, each denied racial profiling was a problem. Some even expressed anger over the African American caller who suggested otherwise. Several said they were sick and tired of blacks “playing the race card.”

Sitting at the top of a pyramid of privilege that affords us white folks the luxury of hovering above a world of racialized walls many others have to contend with, it’s possible for us whites to remain blissfully unaware that our “normal” is not necessarily other people’s “normal.” And this is why many whites have trouble understanding systemic racism and why many see reconciliation as a minor, optional, addendum to the Gospel. Podcast: How Much Hope Should We Have that We Can Find Unity Amid So Much Diversity? August 13, 2018 Rebecca Tekautz wrote a reflection on Relevant Online Magazine regarding the stark difference between pursuing happiness versus pursuing holiness. We’ve been conditioned by a consumeristic society to seek our own happiness above all else, and sometimes we fail to see how this collides with our call to pursue the life that Jesus has called us to.…