Violence: What Did Jesus Do? 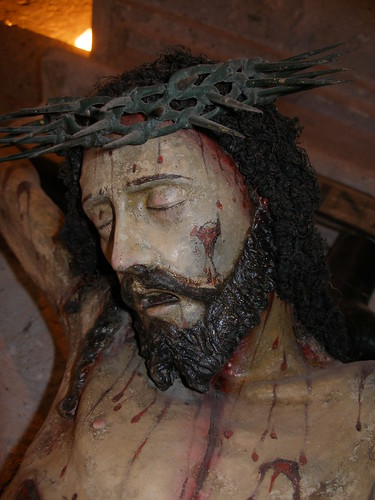 Here’s a spot-on reflection on what Jesus taught us about responding to violence. Whatever you think about the justification of violence in particular situations, as Christians we simply cannot escape the fact that Jesus demonstrated another way.

And though he had access to unlimited power to have himself released from the post on which they had nailed him and had hoisted him up high from the ground … he did not exercise that power at all, choosing instead to voluntarily die with a prayer on his lips for his murders’ forgiveness.

Two questions come to my mind:

(1) How did I miss all of this for most of my life as a Christian?

(2) Is the record of my Lord behaving so merely a record of his unique life and experienceor were they recorded and intended to teach all who would follow Jesus as to how we can follow him in the face of violence?