A Revelation of Beauty Through Ugliness 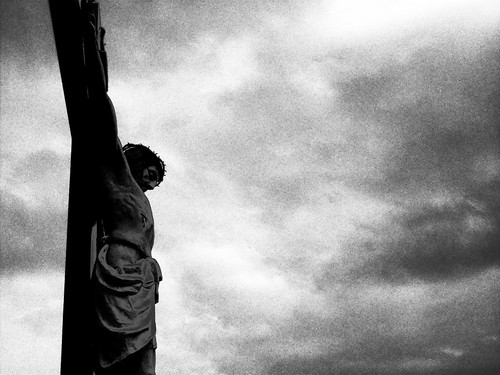 In my recent post, Getting Honest About the Dark Side of the Bible, I enlisted no less an authority than John Calvin to support my claim that we need to be forthright in acknowledging that some of the portraits of God in the OT are, as he said, “savage” and “barbaric.”  What else can we honestly say about portraits of God doing things like commanding the merciless slaughter of defenseless women and innocent children, ripping fetuses out of mothers wombs, causing parents to eat their own children, and resolving to not allow any compassion hinder his commitment to smash parents and children together? Honestly, if we found these depictions in any other ancient literature, would we hesitate one second in declaring that they are immoral, grotesque and revolting? We simply have to stop pretending that horrifically ugly depictions of God are somehow beautiful because they are found in the canon. In fact, inasmuch as this material continues to justify and inspire hateful attitudes and to incite religious violence, as it has throughout history, I believe we who are called to be peacemakers have an obligation to openly denounce it and proclaim, “This is not what we believe God is really like!”

At the same time, on the authority of Christ himself as well as the entire NT and the Christian tradition, I believe all Christ-followers are mandated to confess that all Scripture, including its revolting and hideous depictions of God, are “God-breathed.” I am thus adamantly opposed to any attempts to simply dismiss these accounts, whether on theological grounds, moral grounds or on the grounds that the narratives containing them are not anchored in history.

The view I’m defending has understandably left some folks rather nonplussed. A young lady who is a regular follower of ReKnew recently asked me how I can possibly affirm that a biblical portrait of God is at one and the same time divinely inspired and revoltingly barbaric. I understand the confusion because my perspective conflicts with what most people assume a divinely inspired book is supposed to look like. At the very least, people assume, its not supposed to depict God in barbaric and revolting ways. (This is why, when it turns out that the Bible in fact contains a number of barbaric and revolting depictions of God, you’re not supposed to admit that they’re “barbaric” and “revolting.” You instead say they are just and beautiful – in a mysterious kind of way.)

As commonsensical as this assumption may seem, I’d like us to entertain the possibility that it is misguided. After all, what justifies anyone thinking they know ahead of time what a “God-breathed” book is and is not supposed to look like? To the best of my knowledge, the Bible is the only one we’ve got, and as I just noted, it doesn’t conform particularly well to this assumption. Not only this, but while this commonsensical assumption is perfectly at home in Islam, a religion that is centered on a book and that was allegedly dictated by a God who stays far above the limitations and sin of humanity, I submit it is quite out of place within the Christian faith. For our faith is centered on a crucified person, not a book, and our faith holds that this person revealed God’s character by stooping to completely identify with our limited humanity in the Incarnation and then stooping even further to completely identify with our sin and God-forsakenness in the Crucifixion.

This doesn’t exactly conform to our commonsensical views of how God is supposed to behave! And given how unconventional his behavior was when he fully revealed himself in Christ, it seems to me that we should expect that the book he “breathes” to provide a before-and-after look at this revelation might be rather unconventional as well. More specifically, if God’s fullest self-revelation involved him identifying with our sin and our curse and taking on a horrific appearance, why should anyone assume the written Word through which he reveals himself must completely exclude this type of self-revelation?

Since there is no way to disclose by conventional means how a portrait such as the one depicting Yahweh causing fetuses to be ripped out of their mother’s wombs bears witness to the non-violent God of self-sacrificial love revealed on Calvary, I’d like to suggest it’s time we try a different approach. In fact, I’m proposing we take an opposite approach and argue in the exact opposite direction.

The quintessential revelation of God on the cross took place by God mercifully condescending to bear our sin and to thereby take on an appearance that reflects the horrifying nature of our sin. On the cross, God appeared to be a criminal deserving death. Since this event reveals what God is truly like, it must reveal what God has always been like. And it is, recall, this God who “breathed” the book that bears witness to this event. In this light, should we not expect to find in this inspired book harbingers of this event, viz. examples of God stooping to bear the sin of his people, thereby taking on appearances that reflect the horrifying nature of their sin?

That is, if God reveals his beauty by stooping to take on the fallen ugliness of those he’s stooping for on Calvary, why should we not assume that the written witness that he “breathes” would also likely contain similar portraits? It just might be that the unconventional God who reveals his beauty by appearing ugly on the cross has been revealing his beauty by appearing ugly throughout the narrative of his equally unconventional “God-breathed” book.

It’s just that we’ll never see the beauty through the ugliness if we keep insisting that he’s a conventional God – despite his unconventional revelation on the cross. Think about it. Podcast: If Jesus Fully Reveals God, Do We Need the Old Testament? July 14, 2017

Greg looks at the value and the role of the Old Testament in light of Jesus’ full revelation of God on the cross. http://traffic.libsyn.com/askgregboyd/Episode_0181.mp3 Q: I have a question about how you answer the rare occasions when Jesus apparently felt it necessary to publicly condemn sin: like the cleansing of the temple and his very strong judgments on Pharisees and rulers in Matthew 23. Also John the Baptist who not only preached strongly regarding public sins but was imprisoned…