Happy Birthday to Us 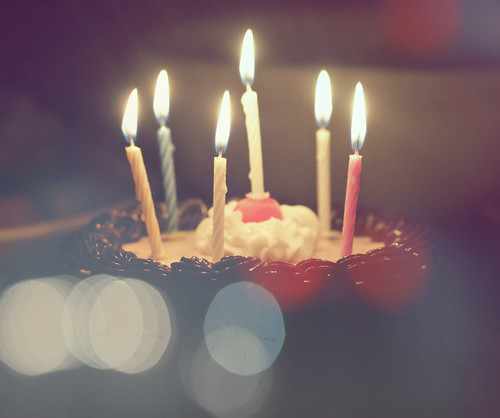 It’s hard to believe, but it was on this day (June 30) one year ago that we launched the ReKnew website. Happy Birthday ReKnew!!

As reflected in the ReKnew Manifesto, our goal is to stimulate Christians to rethink foundational aspects of the faith they embrace and to motivate skeptics to take a new look at aspects of the faith they reject. ReKnew also wants to provide theological and practical resources for the tribe of radical Reformers that is rising up out of the ruins of the old and tired religion of Christendom – the alleged “Church triumphant” that (mistakenly) thought it was supposed to conquer the world for Christ. And, finally, ReKnew endeavors to help form this “rising revolution” into an identifiable movement by serving as a hub that allows kingdom revolutionaries to begin to network with one another.

The ReKnew team is aware that, for us to have as much impact as possible, we need to think of the best way to influence the rising kingdom movement not just at the present time, but over the next several decades.  We are also aware that the lasting impact of a ministry will never outrun the depth of its foundation. For this reason, we’ve spent most of this last year laying the foundation for ReKnew. In fact, it will in all likelihood take another year of foundation building before ReKnew really begins to take off in ways that can be noticed in public. Yet, while most of what we’ve been working on is not visible, it has been a truly awesome year, and we thank God for every aspect of it!

Beyond addressing foundational issues, here are some of the noteworthy things that we’ve accomplished over the first year of this ministry.

I hope you can see why we say it’s been an incredible first year! Yet, as we said, we’re just getting warmed up! We at ReKnew want to thank all of you who have been invested in this important ministry and who are helping us carry out the vision God has given to us. The fact of the matter is that we are at the cusp of a theological revolution that we are confident is going to completely transform the face of Christianity over the next 50 years, and as has proven true of the previous Reformations the Church has undergone, decisions that are made in the earliest years determine the role people will have in shaping that Reformation.  We all have a rare opportunity to help shape a Reformation that we believe will be more revolutionary than the Protestant Reformation of the 16th century. We encourage you to seek God’s will about what role he would have you play in this Reformation and, if he so leads you, to partner with us in doing it.

We thank God for all he has done, and we’re excited about all he is going to do in the year that lies before us! Stay tuned!

Greg and the ReKnew Team The mission of ReKnew is to encourage Christians and non-Christians to rethink through things they previously thought they knew. The nine proclamations of the ReKnew Manifesto reflect nine aspects of traditional Christianity, and especially Evangelical Christianity, that we believe need to be reconceived. These by no means exhaust the things ReKnew will be concerned with,… So, this is the time of year when we all look back at the year that is passing and look ahead to the new year in front of us. If you’re considering a New Year’s resolution, we wanted to make a tiny suggestion for your consideration. Greg has been fleshing out the ReKnew Manifesto in his…

Tips on what NOT to say to someone struggling with their faith January 3, 2013

Neal Fowler via Compfight Here’s a post from a year ago from Elizabeth Esther on What NOT to say to someone struggling with their faith. Historically, the church has been a very unsafe place for people expressing doubts or struggles. Let’s be safer than this. From the blog post: “Don’t throw the baby out with…