Responding to Critics On A Pacifist View of the Syrian Crisis 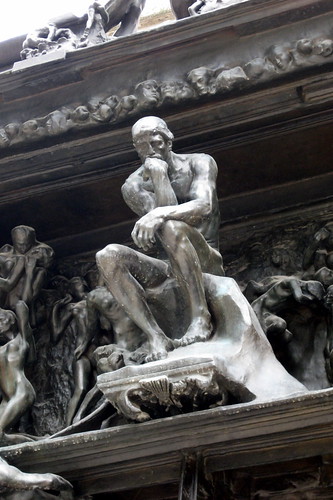 On September 3rd, I wrote a post entitled What I – a Pacifist – Would Say to Obama About the Syrian Crisis in response to a number of questions I was getting, and judging from the “shares” and Twitter activity, this essay seems to have struck a chord. Not surprisingly, it also generated some criticism, for which I also am grateful. In this post I’d like to respond to two blogs that include several objections to my view.

The first blog I’ll review is by Tyler Tully. While he applauded aspects of my post, he also thought I missed the mark on several issues. I truly appreciated Tully’s respectful tone and I’m glad to engage with his points of difference with me.

First, in my post I made a distinction between “kingdom pacifism,” embraced out of obedience to Jesus, and “political pacifism,” which is the view that governments should unconditionally refuse to resort to violence.[1] I argued that embracing the first doesn’t mean one must embrace the latter, and I noted that the failure to make this distinction has caused many followers of Jesus to reject both forms of pacifism, for these people consider the idea that the U.S. government should unilaterally disarm or that policemen should stop carrying guns to be untenable. Tully objected to this by arguing that he doesn’t “think it is our job as kingdom pacifists to make kingdom pacifism palatable to those who don’t embrace it.”

Perhaps I wasn’t clear, but Tully seems to have missed my point. I wasn’t trying to make “kingdom pacifism” more “palatable” to anyone. As I noted in my essay, we are called to place faithfulness over practical considerations, and this won’t be “palatable” to people whose behavior is governed by practical considerations. I was rather simply arguing that it’s unfortunate when people who might otherwise consider “kingdom pacifism” don’t do so because they mistakenly assume it entails “political pacifism,” which they understandably find ludicrous. Distinguishing between “kingdom” and “political” pacifism allows one to embrace the former while leaving the other up for question.

Second, Tully objects to my statement that, “God uses these sword-wielding authorities “to bring punishment” or “vengeance” (ekdikos) on the wrongdoer.”  If this is so, he wonders,  “what does it mean when our own government has the sword brought down upon itself through war and violence?”  To this I have two responses.

First, I am not the one who says God uses sword-wielding authorities to punish wrong doers: that would be the apostle Paul. These authorities, he says,  “are God’s servants, agents of wrath to bring punishment on the wrongdoer” (Rom.13:4). If one objects to this statement, their beef is with Paul before it’s with me.

Second, Tully’s objection assumes that to say “God uses the sword-wielding authorities to punish wrongdoers” entails that every time authorities use their sword, God is using them. In logic, this is called a non sequitur – viz. “it does not follow.” If I say, “Uncle Joe uses cow dung to fertilize his field,” it doesn’t mean that every time Uncle Joe’s cows crap they’re fertilizing his field!  This is why I stated that God doesn’t approve of the violence of governments: he simply uses them, as much as possible, as he finds them. In fact, this is why I stated that God works to bring “as much good as possible” out of the violence of governments. If God were somehow controlling what governments did, the qualification,  “as much as possible,” would be unnecessary.

It’s also why I sighted the Greek word tallō, which is usually translated as “establishes” or “orders.”  As Yoder argues in The Politics of Jesus, The word has the connotation of “filing” something, as when a librarian files books.  The librarian doesn’t necessarily approve of the books he files. It’s just that, given that any particular book is the kind of book it is, the Librarian knows what to do with them. So too, given that the governments of this fallen world are rooted in rebellion (see I Sam 8) and predicated on violence, God “files” them in a way that punishes wrongdoers and keeps sin in check, as much as possible. This is what we see God doing all the time in the OT. He uses one violent nation to punish another (e.g. Isa. 10, where Assyria serves as God’s “rod” against Israel). This doesn’t mean God is controlling the violent nation he uses, as is evidenced by the fact that sometimes the nations he uses go beyond what God planned and do more damage than he expected (e.g. Zech.1:15).  It just means that, given that the governments of this world are “bent on violence” (Hab 1:9), God is willing to get his hands dirty by influencing the way they engage in violence to minimize evil and bring as much good as possible out of it. In fact, if God refused to involve himself in this way, curbing and steering violence as much as possible, he could be justifiably charged with the sin of omission.

Finally, at a later point in his essay, Tully remarked:  “there is certainly a difference between God ‘getting involved in violence to bring about as much good as possible’” (which is my view) “and God taking what some meant for evil and redeeming the aftermath for something good” (which is Tully’s and Bonhoeffer’s view).  It is not clear to me what distinction Tully sees between these two positions, though I suspect he sees the first as suggesting that God controls the nations he uses while the second does not. In any case, the truth is that the position Tully ascribed to himself and held up in contrast to my position is precisely the position I intended to express by advocating the first position.

Tomorrow I’ll post a response to a second blog that offered some respectful criticism of my view.

[1] By the way, I develop and defend this distinction at much greater length in “Does God Expect Nations to Turn the Other Cheek?” in A Faith Not Worth Fighting For: Addressing Commonly Asked Questions About Christian Nonviolence, eds. T. York and J. B. Barringer (Eugene, OR: Cascade, 2012).  This collection is, in my opinion, the best single collection available for answering the most commonly raised objections to (what I call) “kingdom pacifism.”